Out of the 99 names of Allah Almighty, some of them like Mu`nem, Kareem and Wahaab show that how Benevolent, Generous, and Bounteous He is. The Creator of the universe gives us so many blessings in our daily lives, that if we try to count them, we would not be able to it. e.g. He has granted us with five basic senses and body organs, which make us capable to execute routine and other complex tasks successfully. Such gifts of Allah SWT also require us to be thankful and abide by His directions to be eligible for His everlasting rewards of Jannah (Paradise).

“That is Paradise, which We give as inheritance to those of Our servants who were fearing of Allah.” [Quran, 19:63]

Apart from the worldly incentives that the Gracious God bestows upon every one irrespective of religious beliefs, the eternal prize has been promised only for those who have remained resolute and obeyed teachings of all the Messengers of Allah while living on earth. When one cannot calculate the worldly gains that it benefits from, then one can only imagine the blessings of the Garden of the gardens. 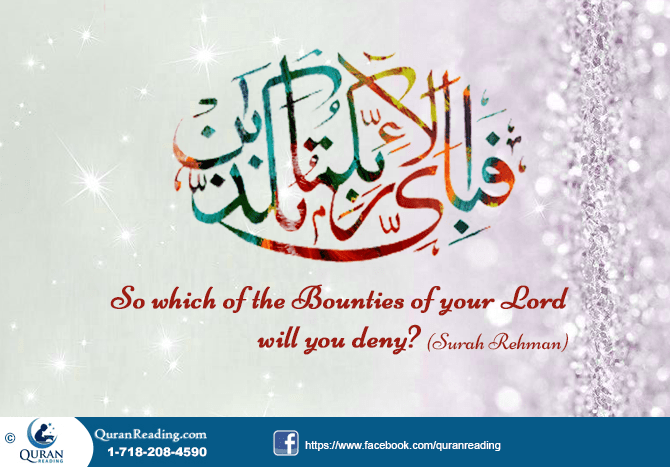 However, some of the endowments of God, the Exalted, for His believers in Jannah, as mentioned in the Holy Quran and Ahadiths are as follows:

Without any fear or grief

Although the true believers seek comfort of their hearts and souls through remembrance of Allah SWT, and having compete conviction in Him as the Greatest Reliever of pains, but on The Judgment Day, every one will be in a state of fright and panic, till the true Muslims will be comforted with good news as described in the following Quranic verse:

“Indeed, those who have said, “Our Lord is Allah” and then remained on a right course – the angels will descend upon them, [saying], “Do not fear and do not grieve but receive good tidings of Paradise, which you were promised.” [Quran,41:30]

So, the time of tranquility and harmony for the righteous ones will start right from the Final Day, and they will be offered to live in paradise without any dread or sorrow, which they had been guaranteed of at the expense of their commitment and adherence to the Islamic teachings. Their hearts will be full of joy, their faces will be bright, and they will never ever experience any sadness again.

Living forever young: without any disease

Right from the very first day, since the arrival of Adam and Hawwa (Eve), every human being could not live ceaselessly on the face of earth, and left behind their properties and families. No matter how strong someone is, and how much wealth it has, everybody has to die some day. But that will not be the case in the Greatest Place of all, i.e. Jannah, where one will be allowed to reside timelessly.

“[You] who believed in Our verses and were Muslims. Enter Paradise, you and your kinds, delighted. Circulated among them will be plates and vessels of gold. And therein is whatever the souls desire and [what] delights the eyes, and you will abide therein eternally.” [Quran, 43: 69, 70, 71]

Allah SWT has promised its proper followers in the above Ayah of the Sacred Quran that they will be permitted to enter the Blessed Place, where they will not have any kind of scarcity of any blessing that they wish for, and that too will be for unlimited period of time, as there will be no death upon them again.

They will also not get older in age, nor have any fatigues or illnesses there, and stay hale and hearty, as compared to the life of the world, where no one is safe from sickness and get aged with the passage of time, as described in the following Hadith narrated by Abu Sa’id (R.A) and Abu Hurayrah (R.A):

No doubt true friends are like gems, who stand besides one in tough times and share happiness, but unfortunately, not everyone on earth is lucky enough to have acquaintances which are always productive. Most of the times, pals turn into foes due to jealousy or pride etc. But that will not be the case in the Eternal Place of Ecstasy, where all the inhabitants will treat one another fairly, as Allah Almighty has promised in the Holy Quran:

“And We will remove whatever is in their breasts of resentment, [so they will be] brothers, on thrones facing each other.” [Quran, 15: 47]

It means that there will be no anger and bitterness among the disciples, and they will live peacefully.  Apart from that, every Muslim will have companionship of attractive wives.

The sight of Allah SWT

The acceptors and adherents of Quran and Sunnah have true love for the Architect of universe in their hearts, which makes them pray to Him and cry for His mercy. This true love is the reason why they will be permitted to enter Jannah, where they will be rewarded many bounties from the Almighty, but the greatest prize for them will be the spectacle of their Creator.

Suhayb (R.A) reported the Messenger (PBUH) of Allah saying as:

“When the inhabitants of Jannah enter Jannah, Allah, the Glorious and Exalted, will say to them: ‘Do you wish me to give you anything more?’ They will reply: ‘Have You not made our faces bright? Have You not brought us into Jannah and delivered us from the Hell?’ And Allah will remove the Veil. The (dwellers of Jannah) will feel that they have not been awarded anything dearer to them than looking at their Rabb.” [Muslim]

Hence, the incentive of seeing Allah, the Exalted, is regarded as the biggest compensation for the dwellers of seventh heaven.

These are some of the major bounties of Allah SWT which He has promised to bestow on His doctrinaire followers in the Greatest Place of them all, i.e Jannah. Apart from that, there will be endless delights and relishes in the form of gardens and springs from which they will eat and drink forever. Indeed, Allah`s guarantee is the most equitable of all the assurances. May Allah SWT give us the will to remain steadfast on our faith to be able to enter paradise on the Day of Resurrection to get benefit from all His eternal rewards! Aameen!