Sharia is an Islamic law. It is the religious legal system that conducts social, political and moral duties of believers or faithful Muslims. It is also known as “Lord’s law”. Sharia is derived from the Quran, the sacred book of Islam, which Muslims consider the actual words of Allah Almighty the Sunnah of Prophet Muhammad (SAW) as reported in the Hadith.  Sharia is not optional; it is prescribed for believers as mentioned in Holy Quran: “And We have revealed to you, [O Muhammad], the Book in truth, confirming that which preceded it of the Scripture and as a criterion over it. So judge between them by what Allah has revealed and do not follow their inclinations away from what has come to you of the truth. To each of you, We prescribed a law and a method. Had Allah willed, He would have made you one nation [united in religion], but [He intended] to test you in what He has given you; so the race to [all that is] good. To Allah is your return all together and He will [then] inform you concerning that over which you used to differ” (Quran, 5:48) 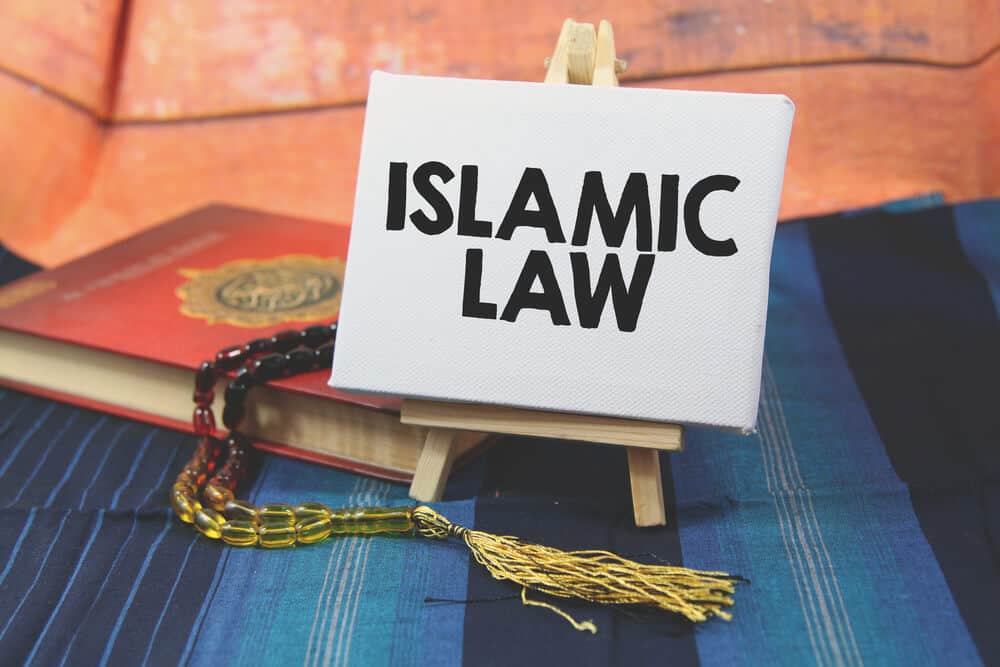 During the lifetime of Prophet Muhammad (SAW), He (PBUH) helped to clarify the law by interpreting provisions in the Quran and also acting as a judge in legal cases. Hence, Islamic law, the Sharia, became an important part of the Muslim’s religion, Islam. All of us being Muslims should follow the Islamic law, the sharia. In Holy Quran Allah (SWT) described in these words: “It is not for a believing man or a believing woman, when Allah and His Messenger have decided a matter, that they should [thereafter] have any choice about their affair. And whoever disobeys Allah and His Messenger has certainly strayed into clear error” (Quran, 33:36)

Islamic Law r Sharia combines stability, flexibility, and firmness. The eventual objective of every Islamic legal prohibition is to secure the welfare of humanity in this world and the hereafter by establishing a righteous society. Allah Almighty says in Holy Quran: “We have sent our Messengers with clear signs and have sent down with them the book and the criterion so that man can establish justice.  And we sent down iron of great strength and many benefits for man…” (Quran 57:25)

In another verse of Holy Quran Allah says about doing righteous deeds in these words: “God commands justice, righteousness, and spending on one’s relatives, and prohibits licentiousness, wrongdoing, and injustice…” (Quran 16:90).  From above verses of Holy Quran, we came to know about the Islamic legal prohibitions. These prohibitions are aimed at achieving human benefit; they can all be referred back to universal principles which are necessary for human ease. These universal principles include preservation of life, religion, lineage, property and other reasons.

Islam is a complete code of life, sent by Allah Almighty in the form of revelation by through Prophet Muhammad (SAW). Islam covers three essential needs of human life: physical, intellectual and spiritual. These three aspects of the faith are individually known as Islam (the divine law), Iman (belief), and Ihsan (Ethics and moral character). The first aspect, Islam, deals primarily with the physical aspects of the faith, such as its obligations, prohibitions and recommended actions. This is the part of the faith governed by Sharia the Islamic law. When Prophet (SAW) taught Islam to his followers, He (PBUH) taught them all these three aspects at once, in a natural and holistic approach.

Mercy is the primary goal of Sharia the Islamic law. When society is informed by spiritual values, the purpose of Sharia, to bring out mercy to mankind, will be a natural demonstration of those values. Sharia makes life much easier for those who strive to live the correct life to please Allah Almighty. Sharia or Islamic law is founded on the principle that individuals rely on other individuals. An individual cannot carry out every aspect of Sharia by himself but needs other individuals that act as well, and from whose combined actions the society benefits as a whole. It is impossible for a person to reach perfection, but Islamic Sharia shows that one can reach perfection by their interactions with each other under the Sharia.

The overall objectives of Sharia are sometimes summarized under the following broad categories which are mentioned below:

In an Islamic state, Sharia or Islamic law should implement and follow for the sake of Allah Almighty. These Islamic laws are for our benefits we should follow them and implement them in our lives for living a prosperous life in this world and hereafter.