Islam is the religion of faith and one of the fastest growing religions in the world. With the passage of time, the numbers of believers of this religion are increasing tremendously. For 1/5th of the world’s population, Islam is both a religion and a complete way of life. Muslims follow a religion of peace, mercy, and forgiveness. One should want to know what is Islam then he/she must read Quran and Hadith.

One Billion people from around the world with different races and nationalities have faith in this religion and they are united due to their common faith in Islam. Today Islam is a universal religion and it has followers from all types of ethnic and cultural backgrounds. In this article, we will give a brief introduction to Islam and basically what is Islam, its characteristics, pillars and doctrine characteristics. 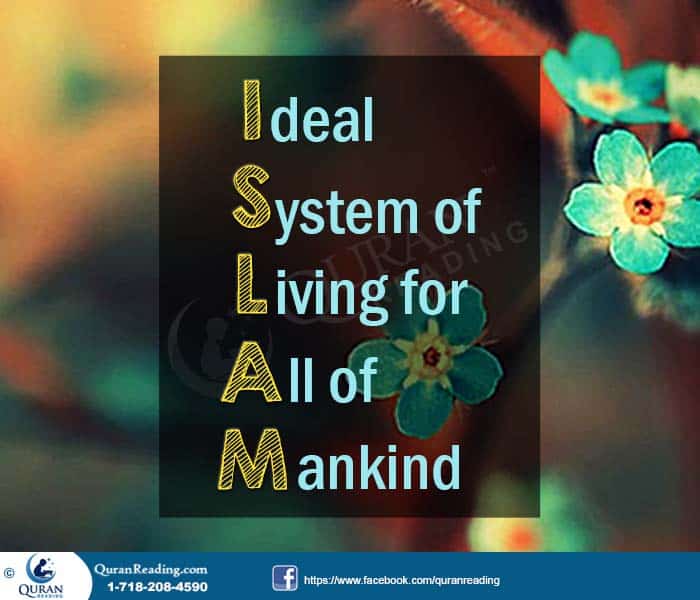 What is Islam? Islam comes from an Arabic word simply means ‘Submission’, and derives from a word meaning ‘Peace’. In a religious context, it means complete submission to the will of Almighty Allah. Islam recognizes that humankind has free choice in whether to obey or disobey Almighty Allah, but ultimately we will be held accountable to Almighty Allah in the next life for the choices that we make in this life.

A person who believes in and intentionally follows Islam is called a Muslim. So, the religion is called “Islam,” and a person who believes in and follows it is a “Muslim.”  As per Muslim beliefs, Islam is the last religion that Allah Almighty has sent for the guidance of mankind and there won’t be any other religion following it. This was the brief introduction to Islam and now we will discuss its key figures, Doctrine, and pillars of Islam.

There are two key figures in Islam that have more importance and without knowing them one cannot begin the understanding or knowledge of religion Islam.

The Doctrine of Islam

Among the reasons for the rapid and peaceful spread of Islam was the simplicity of its Doctrine – Islam calls for faith in only One Lord admirable for worship. Islam has the doctrine in the form of Holy Quran. It is the Divine Book that was revealed on Prophet Muhammad (SAW) over the period of 23 years and it contains all the guidelines that Muslims require to stick to the path of righteousness.

Islam is a natural way of life that encourages one to give due attention to their relationship with Lord and His creation. Islam teaches believers that it is through the doing of good deeds and seeking the pleasure of Allah Almighty that souls find true happiness and peace. That’s why Allah has revealed Quran on Prophet Muhammad (SAW) in which Allah has mentioned all things which we should do for pleasing Almighty.

The Quran, the last revealed Word of Allah, is the prime source of every Muslim’s faith and practice. It deals with all the subjects that concern us as human beings: wisdom, doctrine, worship, and law, but its basic theme is the relationship between Allah and His creatures. It also provides guidelines for a just society, proper human conduct, and an equitable economic system.

The Second most important doctrine for believers is the Hadith of Prophet Muhammad (SAW) which is the collection of His (SAW) sayings and traditions. We should also consult from Hadith because in it all those things mentioned which Prophet (SAW) practically did in His life. Believers of Islam should consult about everything from Quran and Hadith.

Muslims summarize their Doctrine in six articles of faith that represents the belief system of a Muslim:

There are five pillars of Islam which stand as an obligation for every Muslim and the absence of any of them leaves an abandoned in the faith which is only completed when the pillars are practiced. Muslims consider everything they do in life to be an act of worship, as long as it is done according to Allah’s guidance. There are also five formal acts of worship which help strengthen a Muslim’s faith and obedience. They are called the Five Pillars of Islam:

These are five pillars of Islam which every Muslim need to be practiced if he/she wishes to stay true to the faith. A Muslim’s entrance into paradise linked on obedience to these Five Pillars of Islam.

Islam the Religion of Peace

Islam is a religion of Peace. One must realize that peace can never be achieved in the void. It is associated with justice. One can have peace only on basis of justice. “Justice” means putting everything in its rightful place. If one starts putting things in the wrong places, then he disturbs the social harmony and peace. Islam focused on spreading peace around the world.

Islam is a comprehensive way of life and speaks about almost every matter of life. However, the above mentioned are some concepts which can easily be traced and observed in every Muslim as they are the core of the Islamic belief system.