Allah Almighty has blessed Muslims in a special way where He has attributed different Islamic months with different events of great religious reward and significance. Out of the 12 Islamic lunar calendar months, Ramadan is perhaps the most renowned and popular as it comes with Fasting and the festival of Eid-ul-Fitr. The second month that
Read More 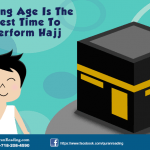 The general notion among masses is that youth is an age which should be spent in the pursuit of worldly achievement. This is the reason why in youth most of the people give little importance to religion and spend maximum time enduring to make their mark and achieve their worldly objectives. A contrasting behavior is
Read More 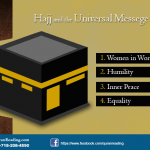 In Islam there are different forms of worship. The mandatory one is in the form of Salah that a Muslim has to learn Namaz and offer five times a day, other than that there is the recitation of Holy Quran, the voluntary prayers, the keeping of fasts and the most renowned of all – the
Read More

Hajj is the fifth pillar of Islam that entails the pilgrimage that Muslims across the globe undertake to pay homage to the House of Allah and perform different rituals while doing so. Hajj is one of the greatest gathering of people on the face of this world and it embodies the preaching of equality, submissiveness,
Read More 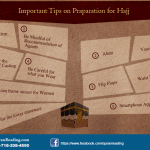 This post is in continuation to the earlier post about the tips related to preparation for Hajj. The earlier post discussed some general and some critical tips that can help the pilgrims in performing the rituals of Hajj without any hassle. This post is a bit specific when it comes to tips for Hajj preparations.
Read More