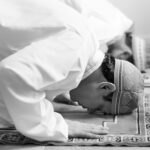 Muslims are obligated to perform Salah five times a day. The implication of these prayers is to attain nearness to Allah SWT, forgiveness of wrongdoings and fulfillment of just wishes.  Allah, the Exalted does not need us to pray to Him, rather it is us who actually require His assistance and guidance. Allah Almighty says
Read More 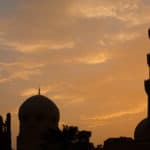 Mosque is the places of worship of Allah Almighty alone, free from idolatrous practices, since Islam is a purely monotheistic religion. A mosque is symbolically very important to Muslims and is a humble way for man to recreate pure divine presence on earth. A mosque is a place where Muslims worship and pray to Allah Almighty.
Read More

Islamic Hijri Calendar is of great significance in the Muslim world. There are 12 months in Islamic calendar each one of it has its own importance. The Islamic Hijri calendar is also known as the lunar calendar. Islamic calendars are based on the shifting of the moon and contain approximately 30 days in each month because
Read More
The Lunar Islamic calendar is of twelve months, four of which are sacred. Allah SWT says in the Quran, “Indeed, the number of months ordained by Allah is twelve—in Allah’s Record since the day He created the heavens and the earth—of which four are sacred…”  (Quran, 9:36). The sacred months mean something, and it is important
Read More 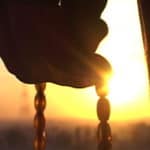 Sincerity (Ikhlas) is purity or solitude. In religion Islam, it denotes purifying our feelings and intentions to get closer and seek the pleasure of Allah Almighty. Ikhlas is a fundamental concept in Islam. We must have sincerity in our every action and deeds, every action that we performed should be solely for Allah’s sake. If we
Read More 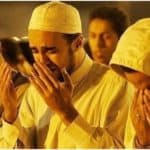 Islam is the religion of peace & blessings, it advised us to promote sincerity. Sincerity (Ikhlas) is the state of being wholehearted to do, say, and commit deeds for the sake of Allah Almighty. Ikhlas is also the fundamental aspect of our Islamic teachings. With any good action that we do sincerity is important. In religion
Read More 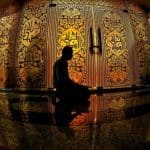 Salah is the 2nd Pillar of Islam. When someone prays, he/she is known to be Muslim because of worshipping Allah Almighty who is his Creator and the Lord of everything in this world and the Hereafter too. Salah is an Arabic word its basic meaning is to worship or praying. It’s obligatory on every Muslim
Read More

Allah Almighty is the Creator of this world and everything exist in it. It is important to know the Asmaul Husna and attributes of Allah Almighty. Knowing Allah makes a person love and fear Him, and put his hope in Him, and be sincere towards Him in his actions. There is no way to know
Read More 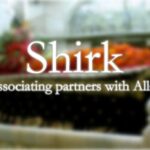 Shirk is an Arabic word which means “associating someone with Allah Almighty” or you can say “partnership”. It is the opposite of oneness of Allah (SWT) that is Tawhid. The Quran calls people to accept the oneness of Allah Almighty and firmly prohibits people from associating partners with His personality or attributes. In the Holy Quran,
Read More
Every religion has its foundation on which people live their lives. Just like all, religion Islam has five pillars which are the foundation of Muslim’s life and they are required to follow them with utmost devotion, love, and obedience. If the believer wants to establish a strong and stable relationship with his/her Lord then must
Read More