The Prophet Muhammad (s.a.w) said, “The best among you is the one who learned Quran and taught it to others”. It is an unfortunate fact that most of the Muslims today do not know what exactly is written in their Holy book, Quran. This is because of several reasons. Sometimes the parents do not understand
Read More
(In the Name of Allah, Most Gracious, Most Merciful, all praise and thanks are due to Allah, and peace and blessings be upon His Messenger)   Muslims all around the world live in different conditions and situations with a different set of culture and values in a society that they live in. There were people
Read More
When it comes to ISLAM and its obligations we ascertain that there are facts which we understand and practice about our religion, but for most of us it has become a normal practice to ignore the point of concern and the real focal requirement which our religion requires and today we will focus on such
Read More 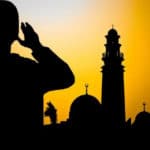 (In the Name of Allah, Most Gracious, Most Merciful, all praise and thanks are due to Allah, and peace and blessings be upon His Messenger) Ramadan is the very special Month in which we are told by several authenticated sources and yet by our Beloved Prophet (SAWS) that The doors of Hell are closed in
Read More 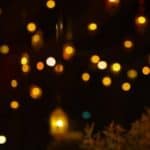 (All praise and thanks are due to Allah, and peace and blessings be upon His Messenger) For the Holy Month of Ramadan you are expected to prepare yourself with adequate knowledge which will help you to understand the true meaning of this special blessed month and thus the opportunity provided in the month of Ramadan
Read More
(In the Name of Allah, Most Gracious, Most Merciful, all praise and thanks are due to Allah, and peace and blessings be upon His Messenger) O you who believe! Observing al-sawm (the fasting) is prescribed for you as it was prescribed for those before you, that you may become al-muttaqoon (the pious). (Quran al-Baqarah 2:183)
Read More
Humans have blessed with the divine favors of body and soul by the supreme Lord possessing four elements with distinct powers. These distinct powers are exuberant to foster new portals of imaginations leading to soul purification. Apart from these powers, the moral attributes reshape the inner beauty of soul pertaining to high distinction in sight
Read More
Attaining a sense to distinguish between good and evil is the first step to successes on the spiritual path. A true Muslim has the following Qualities: A true Muslim is a person who can distinguish between the right and wrong. These people observe and witness the difference. They not only learn from there own experience
Read More
Position of men and women in Islam The Quran and the Prophet’s (PBUH) demonstration display that women and men are endowed by their Creator with certain unalienable privileges, and that woman is not inferior to man. For certain positions when the Shari’ah constrains to men or women, it does not signify discrimination. This should be
Read More
Islam is a restrictive religion in the eyes of those who think that modernization and the development in the technologies are hindered by Islamic teachings. This concept of the modern world has drawn misty clouds over righteous deeds and presented them as sins. Surah e Furqan As a result of which we have confused Muslim
Read More