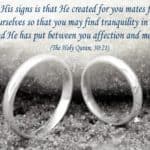 According to the Holy Quran, the purpose of marriage is to attain tranquility and peace with mutual love, affection, caring, and sharing. Although nowadays many Muslims be in failing marriages and on a fast track to divorce and its terrible consequences. The reason behind this drastic situation is many Muslim husbands and wives treat each
Read More

Marriage is a legal contract that enables each spouse to have enjoyment with the other. Marriage is an integral part of a Muslim’s life, indeed it is too important in our religion Islam that it is considered to be one half of one’s Faith. Marriage is the lawful and legitimate way to indulge in intimacy
Read More 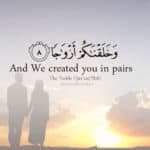 Marriage has special importance in Islam. Marriage is a legal contract between two parties. In Islam marriage being an obligatory act is so important that it is declared to be one half of Muslim’s faith. We can say that Marriage is Half Deen of Muslims. It is narrated by Anas that the Messenger of Allah
Read More 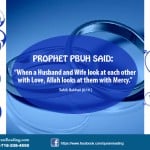 In Islam, one of the major parts of the life of a person is getting married. Both male and female are encouraged to get married in Islam at the earliest. Moreover, besides the general commendation of marriage, Islam also tells its followers to build such a marital relationship where both the partners live happily and
Read More 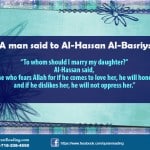 Marriage is one of the biggest decisions that a person makes in life. This decision has a direct and grave impact on the way future life of the person turns out to be and is also a major contributor to the happiness of both the partners involved in the relationship. After tying the matrimonial knot,
Read More