Muslims all around the world once again completed the most virtuous form of worship the Hajj or Pilgrimage this year. Muslims were honored to become the Guests of Allah in His Holy House the Kaaba and through Divine Guidance have completed the rituals of Hajj with great love and enthusiasm for Almighty Allah. In hadith, our beloved Prophet Muhammad (SAW) said that: “Whoever performs Hajj for the Pleasure of Allah and therein utters no word of evil, nor commits any evil deed, shall return from it (free from sin) as the day on which his mother gave birth to him.” (Bukhari) 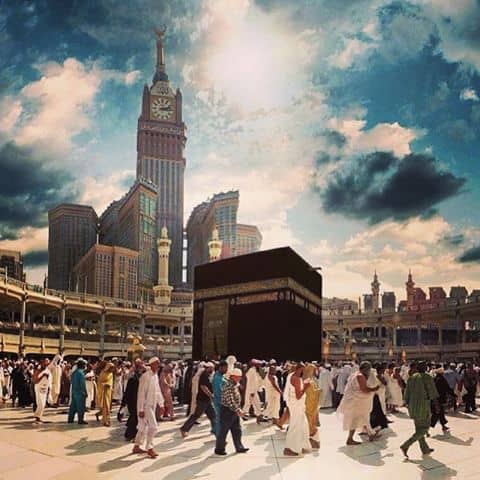 The one who performed Hajj with love and enthusiasm will get a reward of Jannah as stated in hadith: “Verily there shall be no reward for a Mabroor (accepted) Hajj except Jannah” (Muslim). As Hajj is over and pilgrims are coming back to their homes, back to the reality of family life, work, and other normal life responsibilities. Even though Hajj is over, pilgrims return home to their loved ones, not only with many precious memories but also with lots of lessons learned from the spiritual journey of Hajj and a sense of noble spirituality. These lessons and sense of noble spirituality should remain with pilgrims throughout their lifetime and they have to apply these lessons for the rest of their lives.

Pilgrims should maintain their Hajj High but it is difficult for most of the people due to their involvement in normal life routine as earlier before Hajj. One should remain on the straight path and on a higher level with the right intentions, sincere Duas, and dedicated efforts, even if that level isn’t quite as grand as what you’d hoped for. Below we will discuss some points by following which one can maintain his/her Hajj high for the rest of life.

May Allah Almighty accept the Hajj of all pilgrims who performed this year and before, help them to maintain it until they reach the end of their life, and also take them again in His house for performing Hajj. We also ask Allah (SWT) to accept our good deeds and provide us steadfastness and uprightness until death. Ameen!