The Prophet said, “No house has been built in Islam more beloved in the sight of Allah than through marriage.” (Wasa’il, vol. 14, p. 3) 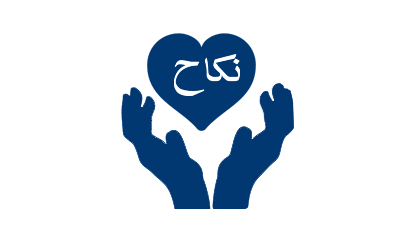 Marriage is the bonding of two souls; it is the most beautiful relationship in all heavens and earth. In Islam, this relationship of marriage between a man and woman is highly welcomed and recommended. Islam is not a strong believer of courtship and staying single like some of the other religions. In Islam, marriage is the only valid or halal way to practice intimacy between a man and a woman.

Marriage is not only a religious duty but also a social necessity. It acts as an outlet for sexual needs and desires. It is through marriage, that families are established and the cycle of birth goes on.

Islam, being a moderate religion, supports marriage as the pure and legitimate way for regulating a man’s sexual hunger. It is strictly against restricting a man’s need through celibacy. Marriage is fard (obligatory) if a person faces strong sexual desires and dreads from falling into the sin of fornication. While keeping away from fornication is compulsory in Islam, so the only way to deal with it is through marriage. However, if the person is not feared to be lured by the overwhelming sexual desires, marriage will still be recommended as it’s the Sunnah of our Prophet (P.B.U.H).

In Islam, monasticism and celibacy is unacceptable. Islam does not level celibacy with “taqwa” or “Iman”. The prophet has also said, “Marriage is my tradition and whosoever dislikes my tradition is not from me.” Allah revealed the following verse in the Quran Pak:

In this verse, celibacy and abstinence is thought to be as “exceeding the law of God.”

Requisites of a Muslim Wedding:

Islam believes marriage is a sincere bond, based on kindness and love. To celebrate this cheerful event, Muslims all over the world celebrate this joy with their families.

In Islam, marriage is “mithaq”, an agreement based on consent. It is not some short term agreement that you make but is a life-long commitment you make with your soul mate. The person you are marrying you will be your life partner in all ups and downs and good or bad. Therefore, at both the ends, the girl and the boy should simultaneously agree for taking each other as their partner and should be mature enough to make the right decision.

For a marriage to be legitimate, certain conditions must be met:

Weddings are always a happy time for families to celebrate, as it is also the fulfillment of Allah’s command. The official Islamic marriage remains the same everywhere, but its ways of celebration surely differ. This variation reflects the diversity of the Muslim Community