Fasting in Shawwal brings many benefits and blessings, as well as the opportunity to atone for any transgressions made throughout the blessed month of Ramadan. The Shawwal fast is meant to make up for any missed Ramadan fasting days (for which you must pay Fidya or Kaffarah, depending on your interpretation), rather than to make up for any deficiencies in our behavior during this time. 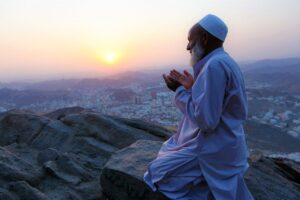 Also, the significance of fasting for 6  days during the month of Shawwal is observed from ahadith which any believer cannot deny in either way.

Ahadith About Significance of fasting in shawwal

Every Muslim who has attained puberty is obligated to fast throughout Ramadan. We do know, however, that other ways to show obedience to Allah (SWT) are rewarded as well. Such unselfish affection is lavishly rewarded.

Is fasting in Shawwal obligatory?

What Days Should You Fast in Shawwal?

There are no special days to fast in Shawwal. Still, some schools of thought prefers to fast the very next day after eid and then consequently. Also, some find it better to keep fasting in consequent 6 days at any time.

Another approach to honor Shawwal’s fast is to observe Ayyam Al Bid, a three-day fast in the middle of the month. Muslims  fast on the 13th, 14th, and 15th days of each Islamic month since it is sunnah of Sahaba Karam. To complete the entire six days of fasting, the extra three days are observed either before or after the fast over Ayyam Al Bid in this month as well.

Thanks for Reading this Article. Jazakallah!

Also, check what What Quran Says About Ramadan.