The third Ashra (Last 10 days of Ramadan) begins on the 21st of Ramadan and finishes on the 29th or 30th of Ramadan, depending on the lunar calendar. The third Ashra is referred to as “Safety from the Hell” (Nijat). Every Muslim must pray in order to be protected from the wrath of God. 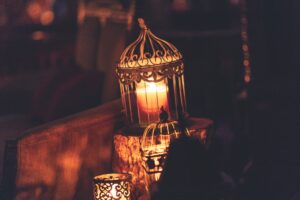 Practices for The Last Ten Days of Ramadan

The last ten days of Ramadan quite significant and outstanding. Many Muslims also perform Aitkaf (seclusion for prayers) on this Ashra. Also, they attempt to get the most out of their prayers during this Ashra, which coincides with the Night of Power (Lailatul Qadar).

5. Continue to recite the Quran.

The month of Ramadan commemorates the month in which the Quran was first delivered. It is a gift from God, and there are tremendous benefits to being able to read and understand the Quran. We get a prize for each letter that is recited. In addition, people who aren’t competent Arabic speakers and fumble over the phrases are rewarded even more generously.

The Prophet Muhammad, upon whom peace be upon him, said:

A custom of the Prophet, peace and blessings be upon him, was that he would spend the final 10 days and nights of Ramadan at the mosque, doing I’tikaf (fasting). I’tikaf is a spiritual retreat in which one spends all of one’s time at the mosque, engaging in different types of Zikr (remembrance of Allah), such as extended Salat, recitation, and study of the Qur’an. Except in the event of an emergency, there is no room to leave the mosque grounds. We also recommend to use i’tikaf for a shorter period of time, such as one night, a single day, or a few days.

As the final ten days of Ramadan serve as a warning that the holy month is about to come to an end, the nights of power signal the beginning of the end of Ramadan. We have very little time left to seek for forgiveness of our sins. So, we should make the most of these last few days in order to reap the most possible benefit from Ramadan.

Making duas should take up the majority of a person’s time. The last ashra is after you’ve fasted for around 20 days and are attempting to avoid your bad habits while attempting to cultivate virtues. This is the point in time when your duas have the most potential. Make specific duas in the hope that Allah Almighty may grant them their wishes and bring them to fruition.

2. Contribute to the cause (Sadaqat)

Increase your Zakat and Sadaqah on the night of power. So, contribute money on a daily basis to increase your chances of catching the prize on that particular night. Prevent this from happening by renewing your intention before doing so; additionally, if you are unable to donate money or do not wish to donate money in conjunction with monetary donations. Instead, think about what you love the most—and then give from that same love in a way that you believe Allah would love as well.

Lailatul Qadr is the last Ashra, and it is better than the nights of a thousand months. It occurs at the end of the Ashra. The Prophet Muhammad received the first verses of the Holy Quran on this night (PBUH). As a result, this night of paramount significance takes place on the 27th of Ramadan. Perhaps the very fact that the Night of Power has not has no actual date or day. It provides a chance for us Muslims to continue our efforts in this direction. Furthermore, staying up late and praying throughout the next nine final nights of Ramadan will reap enormous spiritual benefits.