The world we live in today is not the same as in which people of ages used to live. Although we have progressed and developed in the fields of technology and better living standards, however, the thing that has declined in that process is the value of humans in general and the existence of humanity in particular. There is aggression, tension and violence among humans, the likes of which humanity has not seen ever throughout history.

Pertinent to this lack of tolerance towards people of other beliefs and values, the discrimination on the basis of ethnicity and the exploitation by the strong ones of the weak, people across the globe have grown skeptical of the future of humanity and are striving to devise ways and educate people to eliminate such problems so that the world could become a better place to live. 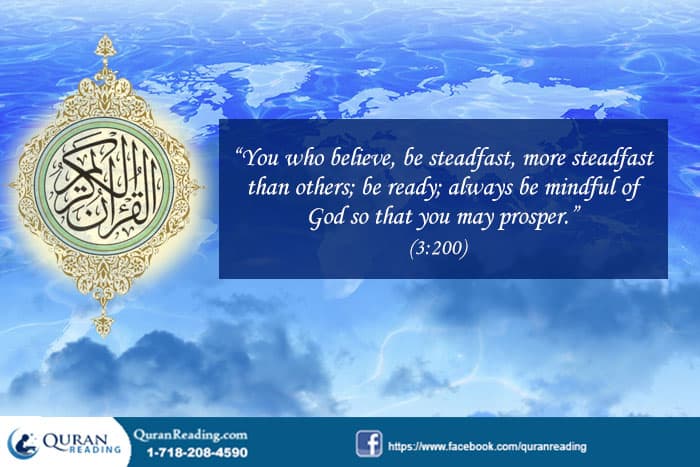 Islam in this regard offers a complete solution that can help solve all the problems that humanity faces at present and turn the world into a place of peace where everyone values and loves other. This article today at QuranReading.com discusses a few ways in which Islam can help make this world a better place and word of the threats it faces at present.

The world has become a global village where the geographical boundaries have apparently disappeared, however, the world is not universal and there are very fewer truths that are universal. People differentiate themselves from each other and there isn’t a single doctrine which could tell them that they all are the same except for Quran. It is Islam that tells that all humans are born on the same nature and there is no difference among them on the bases of their nature. In Quran Allah Almighty says:

“When I have fashioned him (in due proportion) and breathed into him of My spirit, fall ye down in obeisance unto him.” (15:29)

This ayah refers to the creation of Hazrat Adam (AS). From the ayah it is evident that Allah Almighty breathed His spirit into him, and as all the humans are his offspring, therefore, they all are born on the same nature. Therefore, it is Islam that tells that the essence or reality of all the humans is the same and they all have the same origin.

One of the greatest problems that the world faces pertaining to its future is the discrimination on the bases of race, gender and ethnicity. All over the world there are groups of people who think of themselves as superior to some other group of people. Within a country or a region, there are segregations on the bases of cast and sects. Similarly, on a holistic level throughout the world there is the problem of people of different ethnicity or gender considering themselves superior and above other people. Islam gives a message of equality where there is no discrimination among people on the bases of their ethnicity, race or gender, rather the only measuring stick that differentiates people is their righteousness. In Quran Allah Almighty says:

“O mankind, we have created you from a male and a female, and made you into races and tribes, so that you may identify one another. Surely the noblest of you, in Allah’s sight, is the one who is most pious of you. Surely Allah is All-Knowing, All-Aware.” (49:13)

In this ayah Allah Almighty clearly states that all the people in this world are from a single pair and the only reason they were given the names of different races and tribes was to help them identify and relate to each others. This color of the skin or the sectarian background of a person is not something that makes a person inferior of superior, rather it is the level of piety and righteousness of a person that gives one a higher standing. Thus, if all the humanity at present would forget the hatred produced on the basis of racial discrimination then the world could surely become a peaceful place with a bright future.

Another major threat that humanity faces at present is the religious intolerance of people. People across the globe are firm on their faith and they keep prejudice for the people of other beliefs and are intolerant of their existence or their belief. Islam is strictly against such attitude. Although there is strict alarm for those who don’t believe, but Islam never encourages such use of force, aggression or prejudice against the people of other religion rather it takes them as their personal choice for which they would face the consequences. In Quran, Allah Almighty says:

From this ayah it is clear that Islam does not force other people to accept Islam, rather it is preached to others in the simplest matter without any coercion or force. The same fact is emphasized in another ayah in Quran in the following way:

Therefore, Islam gives freedom of choice to others even when it comes to the matter or religion. No matter Islam is the truth and every Muslim believes that Islam is the true religion and there is no flaw in it, however, a Muslim still needs to accept people of other belief and co-exist with them despite their differences. Thus, Islam is the most peaceful religion that preaches co-existence.

The maltreatment of people is another dominant evil in the world at present, where the people with power abuse it and exploit the weak ones. Islam preaches that people should have a conduct which comprises of fair treatment and justice. When both these traits are present in the masses and people with authority, then they would value and protect each other, thus making the world a better place. In Quran, Allah says:

“O you who believe, be upholders of justice – witnesses for Allah, even though against (the interest of) your selves or the parents and kinsmen.” (4:135)

In a nutshell, Islam gives the message of peace, love, equality, justice and fair treatment and the thing that makes it standout an ideal solution for the world is that all these messages are not limited to a particular religion or a group of people, rather they are universal in nature, thus they can be used to make the world a better place to live.