Dhul Hijjah is the 12th and last holy month of the Islamic calendar in which Muslims all around the world perform religious obligation Hajj or Pilgrimage in Makah. First, 10 days of Dhul Hijjah are considered the blessed days of the year as narrated by Ibn’ Abbas, “Remember Allah during the well known days,” that it refers to the first ten days of Dhul-Hijjah” (Al-Bukhari). Those who are not performing Hajj this year can make the best from these blessed days and earn great rewards. Fasting and remembrance of Allah that is Dhikr are particularly recommended during the first 10 days of Dhul Hijjah.

Our beloved Prophet Muhammad (SAW) said in one of His hadith about the blessed days of Dhul Hijjah in these words: “There are no deeds as excellent as those done in these ten days.” They (the companions listening) said, “Not even Jihad?” He (SAW) said, “No, not even Jihad except a man who goes forth endangering his life and wealth and does not return with anything” (Bukhari). It is clear from the above sayings that these 10 days possess tremendous blessings and excellence. Therefore we should spend these 10 blessed days and nights in intensive worship and virtuous acts. One of the most important and virtuous act is fasting during the first 9 days of Dhul Hijjah with prayer and other good deeds. 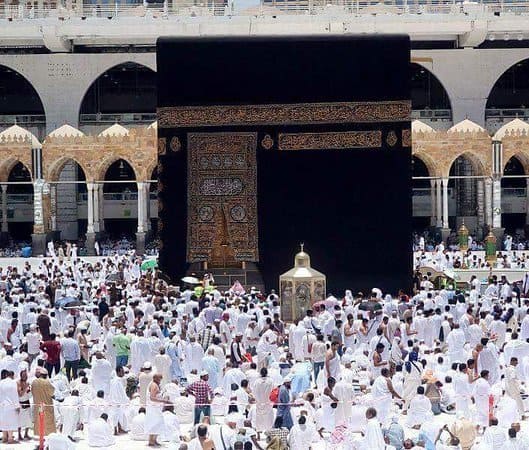 Fasting is one of the greatest deeds and is considered the best form of worship. The above hadith recommended that we should fast during the first 9 days of Dhul Hijjah having an extra significance of fasting on 9th Zil Hajj (The Day of Arafah). In another hadith, Hazrat Hafsah (RA) stated that: “The Messenger of Allah (PBUH) would fast the (first) nine days of Dhul Hijjah, the day of Ashura and the three days of every month: The first Monday of every month and the following two Thursdays”. (Abu Dawud)

If a person is on the Hajj, there is no fast for him or her on the day of Arafah. That is without any doubt is a blessing for him because of the hardships he/she is facing during the pilgrimage. Fasting any day during the first 9 days of Dhul Hijjah is equivalent to fasting one year. It is also stated about fasting on 9th of Zil Hajj in one of hadith: “It atones for the sins of the previous year and of the coming year.” (Muslim)

So in a nutshell, it is Sunnah for the Muslims to fast on the first nine days of Dhul-Hijjah because fasting is one of the best of deeds that one could do so. Hadith stated that: “All the deeds of the son of Adam are for him, except fasting, which is for Me and I shall reward for it” (Bukhari). May Almighty Allah make us from those who are following the Sunnah of our beloved Prophet Muhammad (SAW)! Ameen