The Quran is also spelled as “Koran” which is one of the most widely read books in the modern world. There is still a large group of dedicated Muslim individuals who have made recitation of the Koran a regular habit!! But we at Quranreading.com feel that recitation should be in a way that it captures the meaning and spirit of the Qur’an in the idyllic way! And to achieve this perfection, you need the assistance of a well trained tutor that we can easily afford to you at the earliest possible for discounted fees in return. Besides this, you can also improve your recitation method and style while you are still online with us here at www.Quranreading.com. 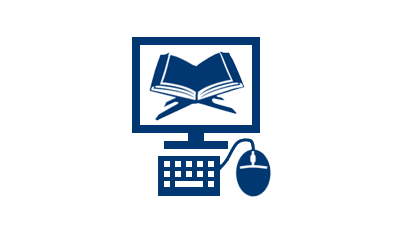 The Koran is the original message from Allah to humanity, transmitted to us through our beloved Prophet Muhammad (P.B.U.H), intended to bring mankind forth from darkness into light. The basic language in which the message has been conveyed is Arabic, but it has been translated into many other languages for its better understanding.

Koran exposes stories of the past, narrates incidents to prevent us from committing sins. It explains the creation of earth, moon, sun and the stars. It discriminates between right and the wrong, haraam and halaal, believers and non-believers. It describes the fortunes of heaven and the condemnation of hell. It tells about everything and anything you can practically or impractically think about. Allah says in the Holy Quran:

And I have sent down to you the Book (the Koran) as an exposition of everything, a guidance, a mercy, and glad tidings for those who have submitted themselves (to Allah as Muslims) [Al-Nahl 16:89]

Allah has assured that He will protect the Koran from human corruption, and that is why even after 1400 years, it’s still the same without even the slightest change. The Qur’an is a guiding light for humanity. It cannot be limited by time, by race or nationality. The Qur’an is for all human beings, for the past, the present, and for the future to come.

Make online recitation of Koran a useful and an enjoyable process!!

Muslims believe that the words of the Koran are revealed by Allah himself. Thus, the Quran recitation is sacred and almost as if the reader is receiving divine blessings from the Almighty. So recitation of Koran, be it online or in the traditional way, should preferably be in Arabic (its original language) and with meaning and true feeling. Thus, it is quite common to see that most Muslims know how to read Arabic. But in case you don’t, our qualified live tutors can help you a great deal the online way!!

The Online Quran of recitation is not one that people are unaware of!! It has been used in many institutions and for important uses that can minimize time and prove to be highly beneficial too. The same applies with online Koran recitation. So, contact us at the earliest and avail yourself of the super beneficial Koran recitation offers at amazing offers online only from us.