If Muslim history be taken into consideration, several names come up that laid a great foundation to the prosperity and spread of Islam. Among those names, the one prominent name is of Hazrat Umar (RA) who was the second Caliph of Muslims and under his reign Islam and Muslims enjoyed great prosperity and success. 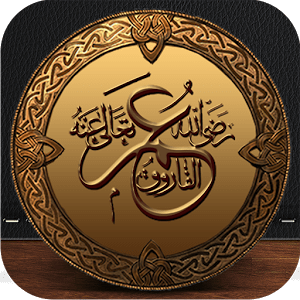 Note – If you are interested to get a detailed Ebook about the life of Hazrat Umar Ibn e Khtaab (R.A), you can download our app featuring the full biography of Him. Download Hazrat Umar (R.A) App for your Smartphone. A ScreenShot of the App is attached below which illustrates the contents of this beautiful application based on Hazrat Umar R.A

Hazrat Umar (RA) is considered one of the best role models for Muslims from different aspects. All the roles he undertook in his life are an ideal example for Muslims of every generation. The lines below give a brief biography of Hazrat Umar (RA).

Hazrat Umar (RA) was the son of Khattab. He was initially a non-Muslim but converted to Islam later. After his becoming Muslim, he was given the title of “Al-Farooq” meaning the one who distinguishes the right from wrong. His conversion to Islam is also one of the most remarkable events in Islamic history.

Before his passing away, Hazrat Abu-Bakar (RA) after consultation with other Sahaba, elected Hazrat Umar (RA) to take charge as Caliph after his passing away. Thus, he became the Second Caliph of Muslims.

All the four Caliph are renowned for one or another accomplishment. Hazrat Umar (RA) is recognized for his discipline, administration, and the conquests that took place during his reign. During his reign, the Islamic empire stretched to Persia, Rome and even brought Egypt under the Islamic flag. During his Khilaafat, he brought reforms and worked extensively on the welfare of his subjects.

In the reign of Hazrat Abu Bakkar (RA) Muslim army laid siege of Damascus. However, after his passing away, when Hazrat Umar (RA) took the charge,t he Muslim army under the leadership of Hazrat Khalid bin Walid (RA) conquered Damascus. The Governor of the city surrendered and a treaty was signed.

After several sieges and defeats at the hands of Persians, Muslims at last achieved victory over Persians during the reign of Hazrat Umar (RA). He had to send several reinforcements to ensure that the Muslim army conquered the army of Rustum. Muslim army defeated Persians in 14 A.h.

In his reign, Muslims also conquered Jerusalem. The Christians of the city decided to accept defeat against the siege of Muslim army. The ruler of the city gave the keys to Hazrat Umar (RA) personally, and a treaty was signed that guaranteed the safety of citizens of the city.

Hazrat Umar (RA) was assassinated by a Persian non-Muslim named Firoz. He stabbed Hazrat Umar (RA), as a result of which he passed away three days later on 1st of Muharram.

In short, Hazrat Umar (RA) is the role model for every Muslim. He was an epitome of justice, principles, piety, humility and character. He performed all his roles whether personal or professional with due diligence and not a single example can be put forward that shows that he performed his role less than perfect.

May Allah Almighty provide us with the heart to live life the way Hazrat Umar (RA) lived and become a better Muslim. Ameen!