Hazrat Ali (RA) belonged to the tribe Quraish and the family of Bani Hashim in Makah. He was born In the Holy Kabah in Mecca on Friday, 13th Rajab 23 BH. He (RA) was the son of Hazrat Abu Talib (RA) the uncle of Holy Prophet (SAW), who had nourished and brought up Hazrat Muhammad (SAW). His mother Fatima bint-e Asad was also a noble lady belonging to the tribe of Bani Hashim whom the Prophet (SAW) respected as his own mother.  When he was born his name was suggested by Hazrat Muhammad (SAW) that’s why his name became more significant. Hazrat Ali (R.A) had a great honor of being the first cousin of Hazrat Muhammad (SAW) and was also brought up under His kind and inspiring supervision for most of the time of his life. 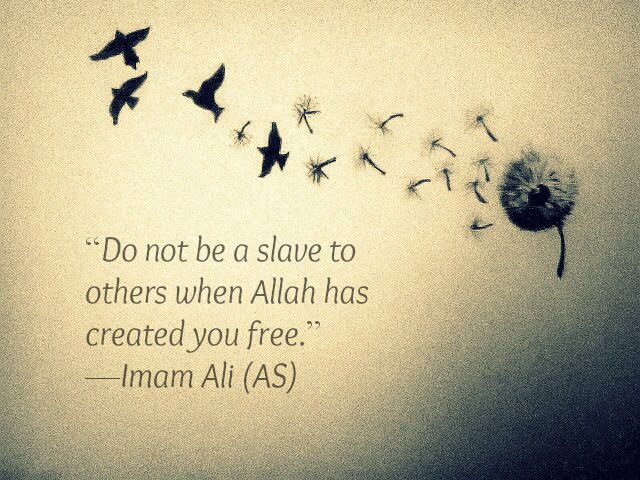 First Youth to Accept Islam at the early age of 10

Hazrat Ali (RA) was the first among youth who accepted Islam just at the age of 10. Hazrat Ali (R.A) was only 10 years old when the Messenger of Almighty Allah received the very first Revelation from the Almighty Lord. He (SAW) was directed to start preaching of Islam from His own family. That’s why He (SAW) started preaching of Islam from His family and closest relatives. For this purpose, He (SAW) invited all to the meal and asked from all of them that “Who will join me in the cause of Almighty Allah?” The entire gathering remained silent, but the little Ali (R.A) stood up with great courage and made his firm belief in the Word of Righteousness known in front of all. He (RA) said, “Though my eyes are sore, my legs are thin and I am the youngest of all those present here yet I will stand by you, O Messenger of Allah.” Thus he became the first youth to enter the loop of Islam.

This shows the great valor and insight of Hazrat Ali (R.A), who did not care about the travesty of the non-believers and had an excellent amount of understanding of right and wrong at a very early age.

Risking his Life for the Holy Prophet (SAW)

When Holy Prophet (SAW) started preaching Islam everyone was against Him except some of the people in which Hazrat Ali (RA) included. Hazrat Ali (RA) never lost his courage in collaborating with his cousin and in admitting his love and loyalty towards him. On every occasion, he acted as a shield to the Prophet (SAW) against all odds. A crucial time came when enemies of Prophet (SAW) firmly decided to boycott him and the members of his household. The situation depressed so much that even their lives were in extreme danger. He (RA) always protected Prophet Muhammad (SAW) since his childhood. Our beloved Prophet (SAW) also loved him very much. The night when the Holy Prophet was migrating to Medina, his house was surrounded by the bloodthirsty tribesmen, who had plotted to kill him. They were ready to kill any person who came out of the house. In such a situation, the Holy Prophet (SAW) asked Hazrat Ali (RA) to sleep on his bed. He followed the command gladly and immediately jumped on the bed.

Therefore, at night, the Apostle (SAW) asked Hazrat Ali (R.A) to hand over the entrusted possessions to their owners, as He (SAW) had prepared to leave Makah along with Hazrat Abu Bakr (RA) as directed by Allah SWT. Hazrat Ali (RA) risked his life just for the sake of the Almighty and His Messenger (SAW) as he knew that the disbelievers might slay him while he was resting in the bed of Prophet (SAW) that night. This shows the remarkable and unmatched fearlessness of Hazrat Ali (R.A) who was not concerned about his own life, rather committed his existence to serving the Holy Prophet (SAW) as he successfully returned all trusts to those they belonged the very next day, and then migrated to Medina.

In the 2nd year of migration to Medina, the Holy Prophet (SAW) got many marital proposals for Hazrat Fatima (RA) who was the most beloved daughter of Prophet Muhammad (SAW). But He (SAW) rejected all of them and finally decided to marry her to Hazrat Ali (RA) with mutual approval.

He (RA) got the honor of becoming the Son in Law of Prophet Muhammad (SAW) and transforming their ever closer relationship with a family bond. Both Hazrat Ali (RA) and Hazrat Fatima (RA) lived a well-satisfied life and had 5 children, namely: Hassan (RA), Hussain (RA), Zainab (RA), Umm Kalthum (RA), and Mohsin (RA), who died in his early childhood. His son, Hazrat Imam Hussain (R.A) had the credit of having the greatest service to the Religion of Islam by standing firm against the unjust ruler, Yazid and sacrificing his life in this cause.

Title of “Asadullah”- The Lion of Allah

Hazrat Ali (RA) was the brave man due to his bravery he was popularly known as “Asadullah” (The Lion of Allah). During the war of Khaibar against Jews Muslims tried to capture the strong Jewish Fort at Khaibar. The Messenger (SAW) announced that He would give the charge to that person who loves Allah and His Prophet (SAW) and they also love him. The next day, the authority was awarded to Hazrat Ali (RA) upon which everybody was amazed as he looked pale and sick. But Hazrat Muhammad (SAW) believed in his unmatched combating ability and gave him the Muslim command.  Jews not only rejected his invitation to Islam but also sent their well known and bravest combatant, Mahrab in front, who challenged Hazrat Ali (RA) to fight him. The Arabs witnessed the unbelievable force and power of Hazrat Ali (RA), who killed Mahrab through the vigorous blow of his sword. Then, the Holy Prophet (SAW) gave him the title of “Asadullah”, which means “Lion of Allah”.

Being Fourth Caliph in Islamic History

After the martyrdom of 3rd caliph Hazrat Usman (RA) in the year, 35 A.H Hazrat Ali took the charge and became the fourth caliph of Muslims. This was a great testing time for Hazrat Ali (RA) as he had to work not only against the rebellions but also had to maintain peace in the territory. He (RA) also had to change the Muslim capital to Kufa, in Iraq, because of great support he has over there. He (RA) faced many difficulties during his caliphate. During this short span, he restored afresh the imprints of the simple Islamic mode of life, of equality and of honest earning by hard labor. In spite of being the supreme authority of Islam, he did not mind sitting at shops and selling dates. He wore patched clothes, sat in the company of poor people on the ground and took part of eating food with them. He always endeavored to ensure that the income of Baitul Mal reached the rightful persons as quickly as possible. He was not in favor of growth of government revenue in the treasury. The overall reign of Hazrat Ali (RA) lasts for almost 5 years.

Hazrat Ali being a great Scholar of Islam

Hazrat Ali (RA) was not only a great warrior but a great scholar as well. The Holy Prophet (SAW) said about him, “I am the city of knowledge and Ali is its gate.” He (RA) had an incredible amount of command over the teachings of Islam, especially in the Holy Quran. He (RA) also had fantastic abilities in public speech and sermons, writing letters, and recording his sayings which are well preserved and followed by the Muslim world till date. Hazrat Ali (RA) was a master of Arabic and his writings were as effective as his speech.

One of the rebels, known as Ibn-e-Muljim, martyr Hazrat Ali (R.A) using a poisoned sword while He (RA) was performing Salah in the mosque on 19th of Ramadan, in 40 A.H. Hazrat Ali (RA)spent two restless days on his sick bed in extreme pain and distress. Eventually, the poison spread all over the body and he died on 21st of Ramadan at the time of Morning Prayer. Hazrat Ali was buried at Najaf.

Hazrat Ali (RA) was well known for his bravery during battles against the non-believers. He also possessed the necessary personality traits of the firm belief in Allah and His Messenger (SAW), humbleness, gratefulness, and true insight of the Quranic Instructions. He (RA) spent his entire life in the services of Islam.