Quran has spoken all about what has passed and what will happen in the future up till the Day of Judgment. Quran has said something directly, while about others it has spoken in a discreet way and has left it to the understanding of the readers whether they perceive it literally or figuratively. 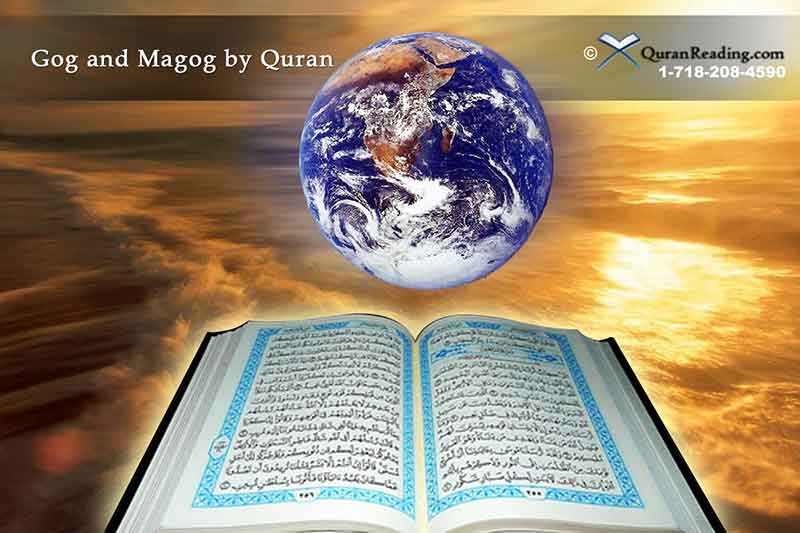 One such matter related to the signs of the End of Days is the arrival of Gog and Magog. Different scholars and critics view the Islamic addressing of Gog and Magog differently. This writing will focus on the figurative interpretation of Gog and Magog as per their mention in Quran.

In Quran it is said about Gog and Magog:

“He said: “This (wall) is a mercy from my Lord: but when the warning of my Lord comes to pass, He will reduce it to dust (and Gog and Magog would thus be released into the world); and the promise of my Lord is true.” (18:98)

From this ayah the figurative interpretation about Gog and Magog can be made that they are a group, who near the time of end of days will successfully penetrate into each and every part of the world.

The other mention of Gog and Magog in Quran is:

“But there is a ban on a town which We have destroyed: that they (the people of the town) shall not return (to reclaim that town as their own); until Gog and Magog are let through (their barrier), and they swiftly spread out in every direction (replicating themselves amongst all the peoples of the world).” (21:95-96)

As per this ayah, the people of a certain town who were exiled from it will try to reclaim the town and the only way they will succeed in doing so would be when they have the support of Gog and Magog, who by then would have spread all across the world and would have become a part of the people of the world.

From these verses, three major points can be extracted related to Gog and Magog;

If all these points are to be found in some group or a coalition, then it is to be found in Jew Christian coalition or the new world order formed by the west. An explanation of the argument is given below.

If the world be analyzed at this point of time, then there is only one group of nations that is dominating the whole world in terms of politics, in terms of economics, culture, sports, entertainment, media and fashion and so on. At this point of time, there is no other power that can stand equal or above the current western, or Jew Christian combined civilization. They have penetrated to each and every part of the world and even to the deepest level of in the house of everybody. These groups on their own can cause economic recession, make countries fight with each other, destroy or build new things and so on. The world has never been under the control or rule of a single authority till now. Thus, the Judeo-Christian civilization has completely conquered the world and rules it willfully.

When it comes to infliction of pain and suffering to the world the suffering that is there in Africa, Asia in general and Arab world in particular has never been there before. Just after the coalition of Jews and Christians, now we see their dominance everywhere. Somewhere the bring suffering by shrinking the economy of that country, or else the conventional war method is always there. The coalition works on the philosophy of not letting any of the oppressed nations to rise; rather they want them to stay under the oppression and sufferings as much as they can.

The most important factor regarding which the Coalition has been strict and passionate from day one is the liberation of the Holy Land. For this very purpose the Christians started the crusades which longed for over a thousand years, and finally ended in the year 1917 when the British Army entered Jerusalem. Since then, Israel has become the apple of the eye of western countries, and they are doing their best to make it stronger and dominant in world.

Thus, these three aspects of the Judeo-Christian coalition verify the aspects mentioned in Quran, and in figurative interpretation of the verses, this coalition can be called the Gog and Magog.

However, the coalition being regarded as Gog and Magog is totally an interpretation of the meanings, the real knowledge about the phenomenon only lies with Allah Almighty.

May Allah Almighty save us from the evil of Gog and Magog and let us be on the side of Truth and Justice when the time comes. Ameen!