Allah Almighty created men and women as company for one another, and so that they can become parents and live in peace and calmness according to the commandments of Allah Almighty. Allah says in Holy Quran: “And among His signs is this that He created for you mates from among yourselves, that you may dwell in tranquility with them, and He has put love and mercy between your hearts. Undoubtedly in these are signs for those who reflect.”(Quran, 30:21). Islam emphasizes on marriage as it has great importance in Islam with many benefits that one could get from it. 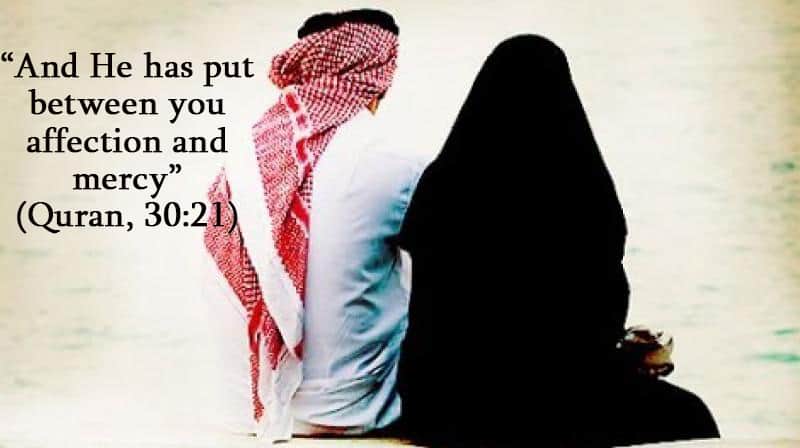 Importance of Marriage in Islam

In Islam marriage being an obligatory act is so important that it is declared to be one half of single Muslim’s faith. We can also say that Marriage Half Deen of Muslims. It is narrated by Anas that the Messenger of Allah (PBUH) said, “When a man marries, he has fulfilled half of his religion, so let him fear Allah regarding the remaining half.” Our Holy Prophet Hazrat Muhammad (PBUH) also married and encouraged others to get married by saying: “A person who he is able to support a wife and children and does not marry then he is not from us.” Marriage has great importance in Islam, it emphasizes on not to delay in marriage as there is another Hadith of Prophet (SAW) related to marriage is: “Do not delay in three things; i) The offering of the compulsory prayer. ii) The offering of the funeral prayer when the dead body is present. iii) The marriage of a woman when her match is found”

There are some reasons due to which Islam so much emphasized on Marriage which we have listed below:

Besides this, we have so many verses in Quran related to the importance of Marriage in Islam and in the sight of Almighty Allah. In one place Allah says in Quran: “O Humans revere your Guardian-Lord, Who created you from a single person created of like nature its mate, and from this scattered (like seeds) countless men and women. Reverence Allah through Whom you claim your mutual rights” (Quran 4:1). In this verse by stressing on the equality of all humans men or women and making it the basis of marriage, Allah in His infinite wisdom has laid the ground rules for establishing peace, as well as the assigning of different roles to husband and wife as the functional strategy rather than a question of competence as humans. Allah has made partners of all human beings on this earth for making a family. We should trust on Almighty Allah and have to act according to His teachings and Sunnah of Prophet (SAW).

Prophet Mohammad (SAW) stated that: “Men and women are twin halves of each other” (Bukhari). This Hadith also emphasize the fact that men and women are created from single source. Furthermore, by using the analogy of twin half the Prophet has underlined the reciprocal nature and the interdependent nature of men and women’s relationship. Since the family is the foundation of Islamic society, and marriage is the only way to bring families into existence in Islam.

Marriage is an act pleasing Allah Almighty because it is in accordance with his commandments that husband and wife love each other and help each other to make efforts to continue the human race and raise their children to become true servants of Allah.

Thoughtful consideration of the Quranic instructions and the traditions of the Prophet (SAW) clearly show that marriage is compulsory for a man who has the means to easily pay the Mahr (dowry) and to support a wife and children. Both sides must be free of obstacles to marry and have legal capacity. Their guardians (woman’s father, grandfather, son, brother, uncle, etc. respectively.) must be present at the same time during the proposal and acceptance. The prohibitions of marriage include the prohibitions about blood and milk kinship must be observed. There must be no other conditions demanded by any of the sides which may prevent the Nikah. The bride and the groom must have reached the age of maturity both the bride and the groom must be chaste.

Islam defined matters that contain good benefits both in this world and in the Hereafter and among the greatest benefits of marriage are listed below:

These were some of the benefits of Marriage that we discussed. Islam promotes love, care, and respect in the Muslim society where wife and husband live happily with their children and families. Marriage in Islam teaches both men and women to stay ready to sacrifice and endure for his/her life partner. The main purpose of marriage is protection against a sinful life and living a life according to the teachings of Islam.