The Hajj (Pilgrimage) is one of the five pillars of Islam and is considered one of the greatest religious duties. In the Holy Quran, Allah Almighty says: “It is on people for the sake of Allah to perform Hajj of his house, anyone who is able to undertake the journey to him” (Quran, 2:196). Muslims who are physically and financially capable required performing it once in their lifetime. The Hajj is a chance to wipe clean past sins and start fresh or new life with deepens faith. As we all know that the season of Hajj is approaching. Millions of Muslims are preparing to gather in Makah and the sacred places to respond to Allah’s invitation to visit His House. The invitation of Hajj first announced by Prophet Ibrahim (AS) and then renewed by last Prophet Muhammad (SAW). 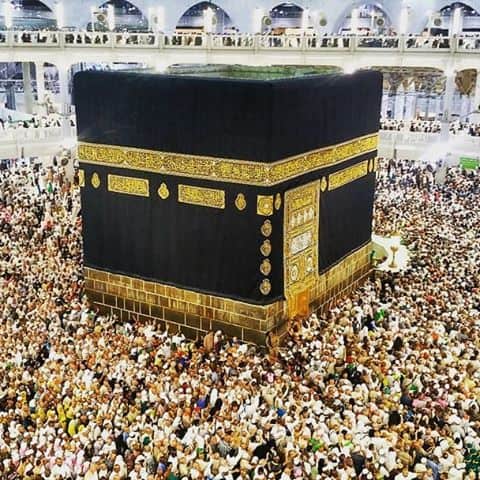 Hajj (Pilgrimage) is made to the Kaaba, found in the sacred city of Mecca in Saudi Arabia, the ‘House of Allah,’ whose sanctity rests in that the Prophet Ibrahim (AS) built it for the worship of Allah Almighty as commanded by Allah (SWT).  Allah rewarded Hazrat Ibrahim (AS) by associating the House to Himself, in essence honoring it, and by making it the devotional focal point which all Muslims face when offering the Salah. Hajj is considered one of the best deeds that a Muslim can perform in his life. Abu Hurairah (RA) narrated that: “Prophet Muhammad (SAW) was asked which deed is the best. He (SAW) said, “Belief in Allah and His messenger”. He (SAW) was asked, then what? He (PBUH) said, “Jihad for the sake of Allah”. He (SAW) was asked, then what? He (PBUH) said, “An accepted Hajj.” (Bukhari)

One of the most beautiful and greatest gifts and rewards that Allah (SWT) has promised to grant His people during Hajj is the utter forgiveness of all sins. This is perhaps the most a Muslim can pray and hope for during supplication. Allah Almighty earnestly promised to grant the wishes of Prophet Muhammad’s (SAW) troubled Ummah during the rituals of Hajj. Our beloved Prophet Muhammad (SAW) stated that: “Whoever performs Hajj, only for the sake of Allah (God) and does not have sexual relations with his wife (during Hajj), and does not do evil or commit sins, then he will return [after Hajj free from all sins] as if he were born anew.”(Bukhari)

The Hajj (pilgrimage) unites the Muslims of the world into international kinship.  More than two million Muslims around the world perform the Hajj each year, and the rite serves as a unifying force in Islam by bringing followers of diverse backgrounds together in worship. The Hajj (pilgrimage) is a manifestation of the belief in the unity of Allah Almighty in which all the pilgrims worship and obey the commands of the One Lord included.

In short, the Hajj (pilgrimage) is very important it removes our sins and in exchange Allah (SWT) gives rewards to pilgrims. Whoever performs Hajj with the clean intention for only the sake of Allah Almighty, Allah definitely accepts his Hajj. May Almighty Allah give us all the chance to offer Hajj once in a life! Ameen