The supremacy of Allah and His ultimate omnipotence is irrefutable and bears a purpose behind its creation be a soul on earth or land. Allah has given a specific timeframe to Muslims to spend the lives accordingly by contemplating Quran teaching to grasp the blessings. The favors of Allah Almighty entail the sacredness embedded in each ritual predates Islamic History. The start of everything bears sanctity intertwined with its practices in the sight of Allah and hence has asked His worshippers to seek that divinity in order to get maximum rewards in life and hereafter.

Islamic calendar unlike West starts with the Holy month of Muharram, derived from the root word “Haram” meaning “Forbidden.” The start of the month exclusively is to barricade wars, disputes, and other sinful acts commemorating its purity. The sanctity of Month Muharram can be gauged from Quranic verse and Hadith, as narrated: 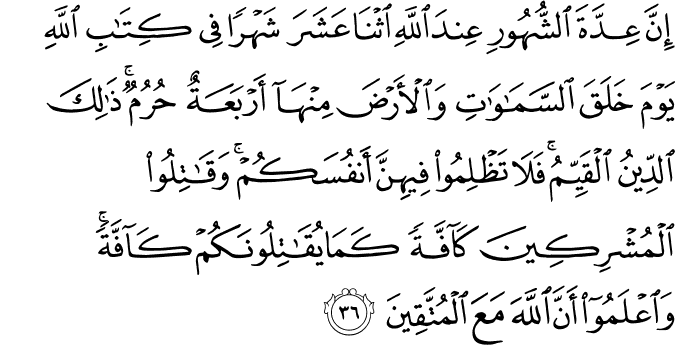 “Indeed, the number of months with Allah is twelve [lunar] months in the register of Allah [from] the day He created the heavens and the earth; of these, four are sacred. That is the correct religion, so do not wrong yourselves during them…..” [Quran 9:36]

The Prophet (PBUH) said. “(The division of time has turned to its original form which was current when Allah created the Heavens and the Earths. The year is of twelve months, out of which four months are sacred: Three are in succession Dhul-Qa’ da, Dhul-Hijja and Muharram, and (the fourth is) Rajab.” [Al Bukhari]

Sanctity Accepted by Pagans Before Muslims

Before Muslims, the Pagans and atrocities of Arab Peninsula comprehended the Holiness of month Muharram by keeping sawn. They considered it as the month of blessings and warding off curses. Even the Jews fasted on this day considering it a blessed month because of the drowning of Pharaoh in Red sea and escalating Hazrat Musa (RA) and his nation from his curse. Thereupon, Prophet Muhammad (PBUH) exhorted his companions to hold fast by referring to this custom as:

“We are more worthy of Musa (peace be upon him) and nearer to him than you”. Thereafter he fasted on this day and ordered his companions that a fast be kept on this day.” [Sahih Muslim]

Customs to Rectify the Sacredness of Muharram

When Allah declare something noble and sacred, He the Glorified deity make it sanctified since start of its creation hence in the era of Prophet Muhammad (PBUH) the divinity of this month had always been magnified by observing following customs:

Prior the fasting in month of Ramadan, the fasting in Muharram was obligatory upon every single Muslim soul. After the revelation of Ramadan Saums the obligation has terminated and rewarded as optional with the virtues of voluntary fasting. These fasts have declared the best fasts by Prophet Muhammad (PBUH) as Hadith narrates:

“A man came to the Prophet (PBUH) and said: ‘Which fasting is better after the month of Ramadan?’ He said: ‘The month of Allah which is called Muharram.’” [Sunana Ibn Majah]

In this month, the supplications made are answered and the sins are forgiven. Plead to the Mighty Lord and repent on sins by making pledge in heart that the committed sins will not be repeated. Hadith quotes:

Spending on kith and kin in this month will increase the provision of a person along Barakah, which will be imparted from the mighty Exalted Lord upon the spender. Hadith states it as:

“One who generously spends on his family on the day of Ashura, Allah will increase (his provision) for the whole year.” [Baihaqi]

Ashura the 10th of Muharram

Ashura is a driven word from Ashra meaning ten. It is the 10th day of Muharram, which is highly deemed significant out of all Muharram days. The fast on this day is of immense importance because the Jews used to fast on this day hence the prophet recommended to observe the fast on the day of Ashura prefixed or suffixed with another fast for eminent distinction from the idolaters.

When the Prophet (PBUH) came to Medina, he found (the Jews) fasting on the day of ‘Ashura’ (i.e. 10th of Muharram). They used to say: “This is a great day on which Allah saved Moses and drowned the folk of Pharaoh. Moses observed the fast on this day, as a sign of gratitude to Allah.” The Prophet (PBUH) said, “I am closer to Moses than they.” So, he observed the fast (on that day) and ordered the Muslims to fast on it.” [Sahih Bukhari]

The 10th of Muharram encapsulates the tragedy of Hazrat Hussain (RA) Martyrdom when he was fighting against the Pseudo Gods of earth causing corruption in the land of Karbala, which is Iraq currently. Ironically, these days the sanctity of Muharram is linked to the greatest sacrifice of Hussain that is baseless because the Islamic inscriptions have proven the sanctity prior this horrific battle and attributing it merely to this event is defying the sacred narrations itself.

Month of Innovations Rather Sanctity

Ignorant Muslims have made it a month of innovations rather month of sanctity by practicing customs that have no proven grounds in Shraiah. Lamenting and mourning while cursing oneself for the demise of Karbala is utter shirk. Prophet Muhammad (PBUH) has clear orders in this regard that a follower should exonerate:

“He is not from us who slaps his checks, tears his clothes, and cries in the manner of the people of Jahiliyyah (Pre-Islamic ignorance)”. [Al-Bukhari]

Muslims are following practices of cooking special food, calling it a month when Adam was born and the month when Dooms day will take place. These are all the innovations that are created by the ignorant deluded Muslims and should not practice because of lack of authenticity.

“Allah’s Messenger (PBUH) said, “If somebody innovates something which is not in harmony with the principles of our religion, that thing is rejected.” [Al Bukhari]

Muharram is an explicit month of blessings the sanctity of which is a proven fact. Debunking the myths and following Sunnah is the essence of Quran and Islam. Practice the customs with absolute faith to attain the highest level of piety as this is the mere thing of distinction among people, in sight of Allah the Rahman and Raheem.