If you do not know how to read the Quran in Arabic, then join Quran Reading Academy for online classes to improve your Quran recitation and understanding skills.

Among the various Muslim rituals and celebrations, one of the most prominent is the celebration of Shab e Barat in the month of Shabaan. Muslims all across the globe celebrate Shab e Barat with religious zest and make special preparations for this night in the form of standing up in prayers all night and keeping fast during the day. 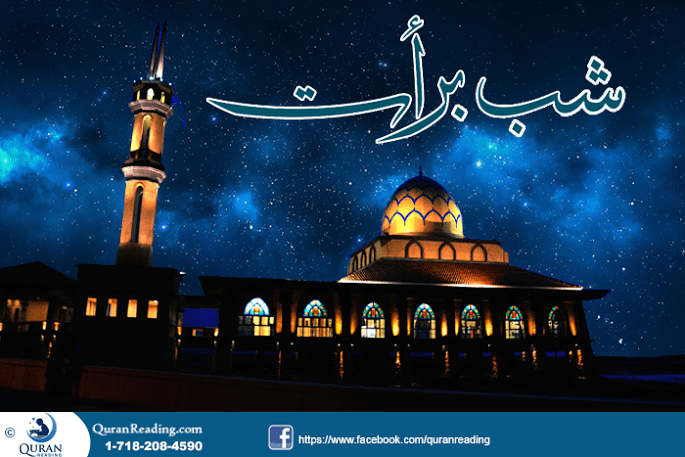 The 15th of Shaban is one of the most revered nights among Muslims in which Muslims seek Allah’s forgiveness and blessings and repent over their sins. The lines below discuss the significance of Shab e Barat in the light of two major hadiths of Prophet Muhammad (PBUH) said with regards to Shab e Barat observance.

The hadith is narrated by Hazrat Ali (RA) in which Prophet Muhammad (PBUH) said:

This hadith of Prophet (PBUH) gives two kinds of acts of worship a Muslim is to perform with regards to the celebration of Shab e Barat, whereas both these forms of worship share a single goal, and that is of asking of anything from Allah Almighty.

As per this hadith a Muslim is supposed to stay up during the night and indulge in worship of Allah Almighty, whereas, during the day he or she must keep fast in Shaban and earn reward for it especially on the specific day. The reason why Prophet (PBUH) commended worshiping at night is the fact that after the sunset of the 14th of Shaban, Allah Almighty comes to the first heaven, from where He calls upon the people and calls them to ask whatever they want and He will grant them. Therefore, no matter whatever is there that a Muslim wants from life, he or she can ask for it from Allah Almighty during this night. There can be no better significance of Shab e Barat compared to the freedom of asking whatever a person can ask from Allah Almighty, however, in order to do so a Muslim must take the path of prayers, which make the appeal more effective and add to the reward of the Muslim.

“In the fifteenth night of Shaban, Allah manifests and forgives all His creation except for the Mushrik (idolater) and the spiteful.” (Ibn Majah)

This hadith also shows another significant element of the fifteenth of Shaban. It is the night in which Allah Almighty forgives all those who believe in Him and who don’t hate others.

Being human is like making errors and mistakes, therefore, it is quite natural that throughout the year a Muslim does makes mistakes. The Shab e Barat night is the one in which a Muslim can repent on the previous mistakes and sins with a true heart and receive forgiveness from Allah Almighty. It is in this night that a Muslim can turn towards Allah Almighty and find His doors of forgiveness open for him or her. Therefore, every Muslim must make use of this night and repent in front of Allah Almighty so that He forgives the sins that a person committed throughout the year.

Moreover, Prophet Muhammad (PBUH) also went out to pray for the deceased in the graveyard on this night as well, therefore, in addition to praying for his forgiveness, a Muslim must also visit the graveyard and ask Allah for the forgiveness of the ones who are no more a part of the life of a Muslim. Hence, Shab e Barat needs to be utilized for the purpose of seeking forgiveness for one’s self and all those who matter at present or the ones who have passed away to the hereafter.

In a nutshell, the 15th night of Shaban is one of the blessed and bountiful nights of the Islamic year. A Muslim must make full use of this night and the day that precedes it. He or she must stand during the night praying and ask forgiveness and mercy from Allah Almighty, while during the day, Muslims should try keeping a fast to gain maximum benefits and rewards from the blessed night.