Shaban is the 8th month of the Islamic calendar considered one of the praiseworthy months. We find particular instructions in the Sunnah of Prophet Muhammad (SAW) related to this virtuous month. It is reported that Prophet Muhammad (SAW) used to fast most in Shaban except the last few days of the month. The blessed companion Usama ibn Zaid, reports that he asked Prophet Muhammad (PBUH): “Messenger of Allah, I have seen you fasting in the month of Shaban so frequently that I have never seen you fasting in any other month.” Prophet Muhammad (SAW) replied: “That (Shaban) is a month between Rajab and Ramadan which is neglected by many people. And it is a month in which an account of the deeds (of human beings) is presented before the Lord of the universe, so, I wish that my deeds be presented at a time when I am in a state of fasting.” (An-Nasaai) 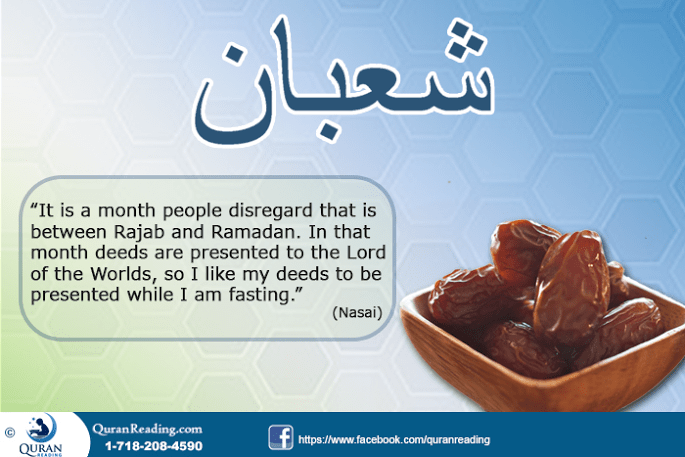 Special worshiping during the night of 15th of Shaban has recommended. This is based on the Hadith of Prophet Muhammad (SAW), the meaning of which is that during the night of 15th of Shaban, Allah will say “is there any person repenting so that I forgive him, and any person seeking provision so that I provide for him, and any person with distress so that I relieve him, and so on until dawn.” (Ibn Majah) This is the night which exists between 14th and 15th day of Shaban. Traditions of Prophet Muhammad (SAW) show that it is a virtuous night in which the people of the earth are attended by special Divine Mercy.

During this virtuous night, Muslims make special preparations to pray at night from dusk till dawn. Moreover, besides the general prayers, Muslims also keep fast during the consequent day as well to earn maximum rewards from Allah Almighty. Muslims pray various Nawafil for earning the blessings from Allah (SWT). On the Night of 15th Shaban, after Maghrib or Isha prayer it is traditional practice to read Surah Yasin and make special supplications for good health, protection from calamities and to increase faith (Iman).

In short, there are many prayers a Muslim can offer during the night of 15th of Shaban. Those who do not believe in the authenticity of the celebration of the Night, should consider it as an ordinary night and perform regular prayers and praise of Allah Almighty without being insulting or patronizing the others who remark this night as special. May ALLAH Almightily forgive us and bestow His blessings upon all the Muslims. Ameen!