Islamic Calendar is of great significance in the Muslim world. There are 12 months in Islamic calendar each one of it has its own importance. The Islamic calendar is also known as the lunar calendar. Islamic calendars are based on the shifting of the moon and contain approximately 30 days in each month because of the moon’s shape and movements. Allah Almighty says in the Holy Quran: “It is He Who made the sun a shining light and the moon a derived light and determined for it phases – that you may know the number of years and account (of time). Allah has not created this except in truth. He details the signs for a people who know.” (Quran, 10: 5) 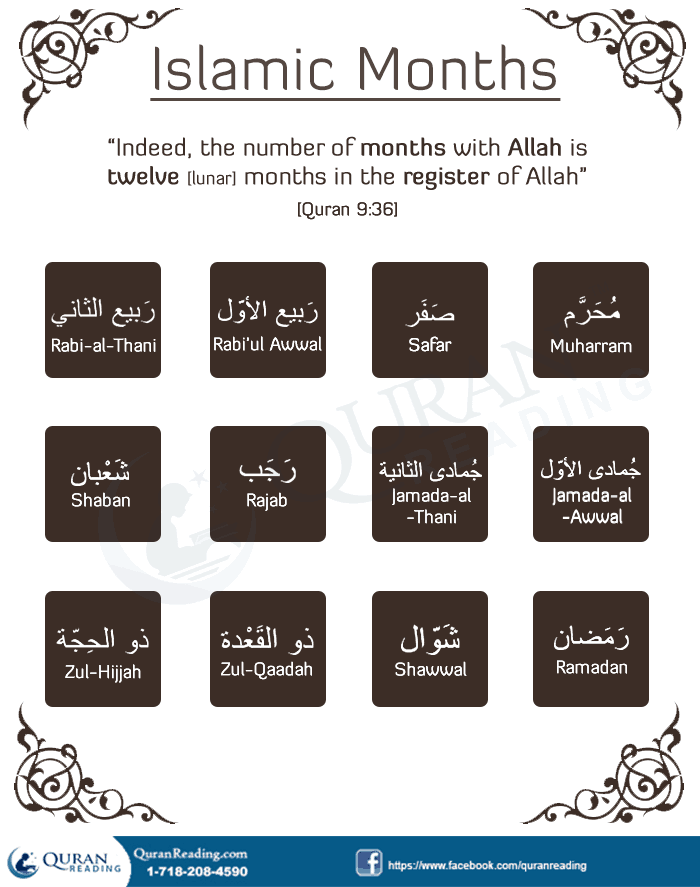 Below we will discuss the information regarding twelve months of Islamic Hijri calendar with the importance of each Islamic month.

The above-mentioned information related to the months of Islamic calendar reminds us to increase our good deeds as Muslims. May Almighty Allah shower His blessings and mercy on all Muslims of the world! Ameen