The most important thing in any religion is the firm belief of its followers towards their Lord. Every religion wants its followers to be strong believers and act upon the commandments of the religion wholeheartedly. Faith helps to shape the perception of a person related to life, Hence, if the foundation of faith is weak, it is quite natural to expect the faith of believer to falter and shake in life-related the way he/ she sees life and things happening in it.

Faith is directly connected with the heart. Allah Almighty has warned us against the heart that is hardened, closed, sick, blind and sealed. The spiritual health of our hearts determines the strength of our faith. When our faith is weak, we can see it in our actions. When the faith of believers is weak, they are more likely to fall into sins until they are completely numb to their awful nature. Religion Islam commands its followers to pay proper attention to the elements of faith and not weaken the faith by staying unfamiliar with them. We need to know the symptoms of weak faith so that we can work to cure them. 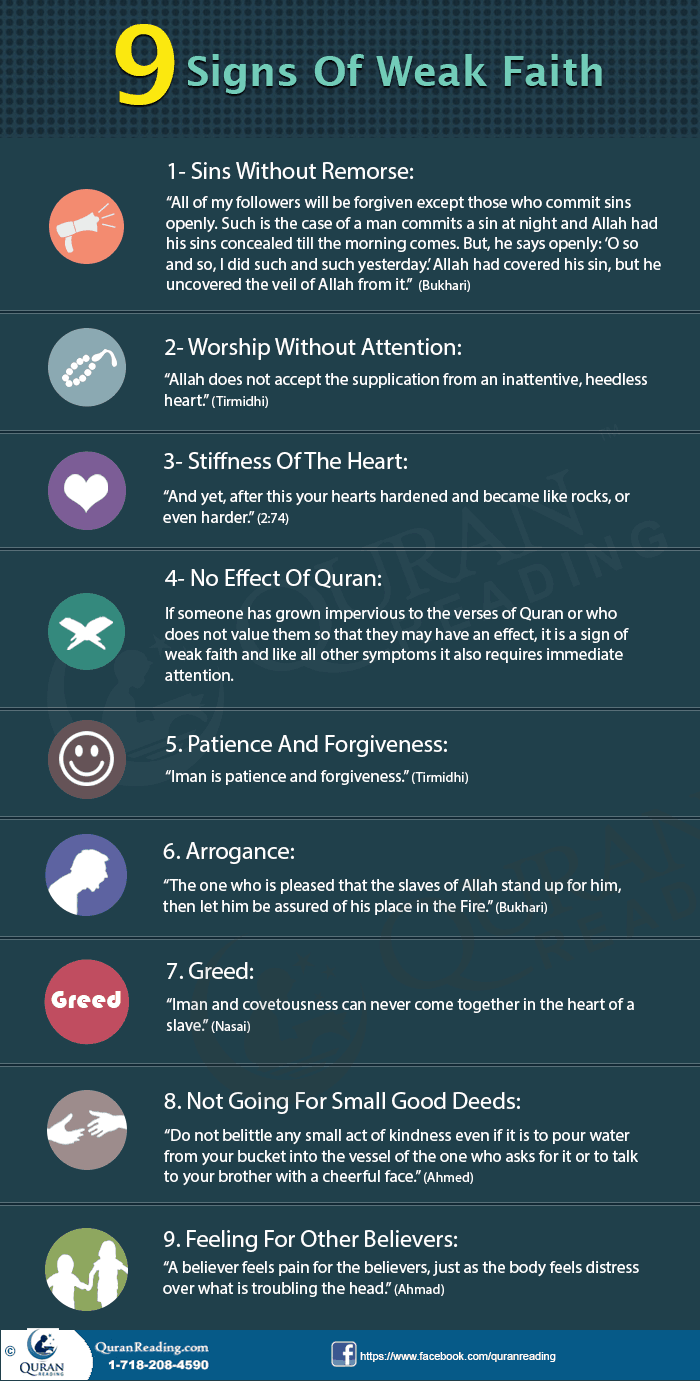 Below mentioned are some of the symptoms of weak faith that we should know about so that we can overcome them for making our faith strong.

In a nutshell, a Muslim believer mends his or her actions and tries performing them with the right intentions in the right way so that they resemble and represent someone with a stronger faith. May Almighty Allah strengthen our faith! Ameen