Step by Step Salat is a mobile app that will guide you about how to pray in Islam. Using step by step Salat will help you fulfill the obligation of Islamic prayer. Each step of Salat is described in this smartphone app in form of pictures with elaborated description. Along with the categorical description of steps, the recitation required at each step is also provided in Step by Step Salat.Moreover, translation, transliteration and audio for each step of prayer are also provided in this app. This is a free app provided by QuranReading.com available to be downloaded from the following platforms.

Benefits of Using This App

Salat is a fundamental pillar of Islam which brings you closer to Allah. The importance of Salat is highlighted multiple times in Quran. It is mandatory for every Muslim to start praying 5 times a day starting from the age of seven. As much as Salat is important, it is also important that each step of Salat is performed with complete precision. As a kid, every Muslim is taught to follow the steps of Salat as performed by his elders. Sometimes, people don’t have the right person to guide them about how to perform Salat due to factors such as they are new to Islam, or they have forgotten how to pray and are ashamed to ask from someone. 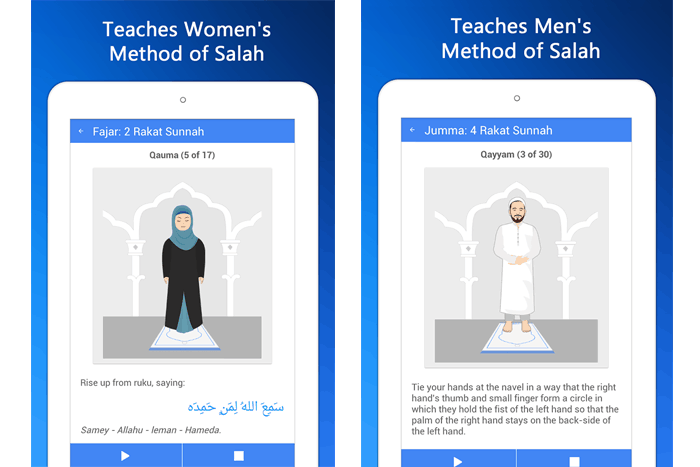 After downloading Step by Step Salat, you can enjoy many benefits, such as:

Features of Step By Step Salat

Step by Step Salat app has several features that will help you in praying correctly. 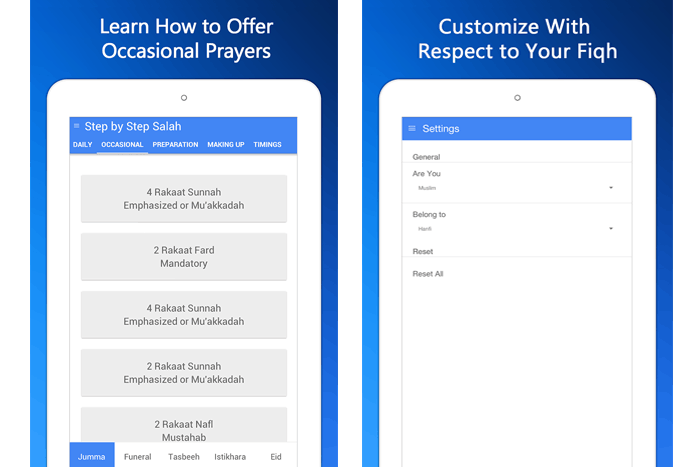 Step by Step Salat is a very beneficial app for both kids and adults. You can use this app to teach your young children how to perform Salat. Also if you are new to Islam and looking for a guide to Salat, this help has great benefits for you. Install this app to correct your way of performing Salat and maximize the effect of your ibadat. Also, look into the list of our more Islamic apps for you to download and use free of cost.