Being a Muslim it is our belief that Allah Almighty sent down divine holy books for the guidance of mankind on different Prophets. Allah Almighty revealed these holy books on His messengers in order to convey the message of Allah to mankind. All of these divine holy books contained nothing but the truth of their time. These books call people to worship Allah alone and that He is the Creator, Proprietor, and Owner of this world and the Hereafter. Allah Almighty says in Noble Quran which is the fourth sacred holy book: “Indeed We have sent Our Messengers with clear proofs, and revealed with them the Scripture and the Balance (justice) that mankind may keep up justice.” (Quran, 57:25) 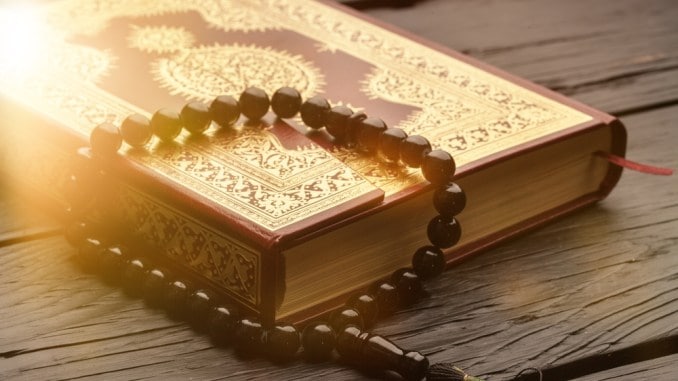 The Four Books of Allah

Allah Almighty sent many books on different messengers but below we will discuss major four divine books of Almighty Allah. Most of Allah’s revelations have been lost or altered. They have been combined with legend, folklore, and personal desires to create something very much unlike what Allah originally revealed. The only book which is in its original form till now and will be till the Day of Judgment is the Holy Quran. Below we will discuss the 4 revealed holy books in Islam.

This is the revelation sent down by Almighty Allah to Prophet Musa (AS). The Tawrat is usually indicates the “Law” in the Quran. Specifically, the Law of Moses. Many people associate the Tawrat with the Torah of the Jewish faith, or the Old Testament of the Christian faith. The actual text of this holy book has been lost Muslims believe that Tawrat is the holy book in which true commands revealed on Prophet Musa (AS) by Allah Almighty. In Holy Quran Allah (SWT) said: “Verily, We did send down the Torah [to Musa], therein was guidance and light, by which the Prophets, who submitted themselves to Allah’s Will, judged the Jews. And the rabbis and the priests [too judged the Jews by the Torah after those Prophets] for to them was entrusted the protection of Allah’s Book, and they were witnesses thereto. Therefore fear not men but fear Me (O Jews) and sell not My Verses for a miserable price. And whosoever does not judge by what Allah has revealed, such are the disbelievers.” (Quran, 5:44)

The Injeel is the holy book of Allah Almighty that revealed to Prophet Eesa (Jesus, AS). Injeel means Gospel Book or it is often just translated as The Gospel. Like the Tawrat, many people make the mistake of stating the Injeel is the new testimonial of the Bible. But that is far from the truth. Like many other Books of Allah (SWT), the actual text of Injeel is no longer available. That’s why Muslims are not allowed to read the holy books that have been altered. Just like other holy books of Allah, the message of the Injeel is also preserved in the message of the Holy Quran. In Quran Allah Almighty says: “…and My mercy encompasses all things; so I will ordain it (specially) for those who are pious and give Zakah (Obligatory Charity), and those who believe in Our Ayahs. Those who follow the unlettered Prophet, whom they find written down with them in the Torah and the Injeel (who) enjoins them good and forbids them evil, and makes lawful to them the good things and makes unlawful to them impure things, and removes from them their burden and the shackles which were upon them; so (as for) those who believe in him and honor him and help him, and follow the light which has been sent down with him, these it is that are the successful.” (Quran, 7:156)

The Holy Quran is the fourth and last sacred book of Allah Almighty. It was revealed on the last Prophet Muhammad (SAW). Its primary message is the message of Tawheed, or Islamic monotheism. The Noble Quran is the only book of Allah that is still available in its original text. Allah Almighty promised in the Holy Quran that His message will be preserved forever, and 1400 years later, that is still true. The Quran that we use to study today is exactly the same as the one used over a thousand years ago. And since the Quran is in Arabic, we always have one, standardized version of it. The Holy Quran is the final book of Allah (SWT), and its core message cover the message of all holy books of Allah Almighty. Allah Almighty says in Quran: “[It is] He Who has sent down the Book (the Quran) to you (Muhammad (PBUH)) with truth, confirming what came before it. And he sent down the Torah and the Injeel. Aforetime, as a guidance to mankind, And He sent down the Furqaan (The Criterion) [of judgment between right and wrong (this Quran)].” (Quran, 3:3-4)

Being a Muslim we must believe in all the heavenly books and also believe that they are from Allah Almighty. It is not lawful for him to accept by its laws, since these divine books were revealed to certain nations at certain times. It is necessary for those who believe in the Holy Quran to believe in the other Heavenly Books. But we should remember one thing that the belief of the Muslims in the “Books of Allah” refers solely to the ‘original guidance’ received by their Prophets, and not to the present day version of these Holy Books except the Holy Quran.