Holy Quran is the 4th and last sacred book of Almighty Allah revealed on Prophet Muhammad (SAW). Quran is the Book of guidance for all mankind. The responsibility of the safety of this Holy Book is taken by Almighty Allah by Himself. Quran is a source of great inspiration, guidance, and wisdom for millions of Muslims all over the world. We all should know the history of revelation and compilation of Quran so that we can understand how important this Holy Book is for all of us (Muslims).

Quran is the central point of faith, and essential to the foundations of an Islamic society being the basis of its shariah, Islamic legal instructions, and law.  We can say Holy Quran is a living miracle. The Holy Quran was revealed to Hazrat Muhammad (SAW) in a period that extends to about 23 years. During this time the Holy Quran that we recite today was revealed in bits and pieces and in an order not as we see today. In this article, we will discuss the aspect of Quran by describing its revelation and the measures are taken to preserve it or compilation of Quran over the Muslim history. 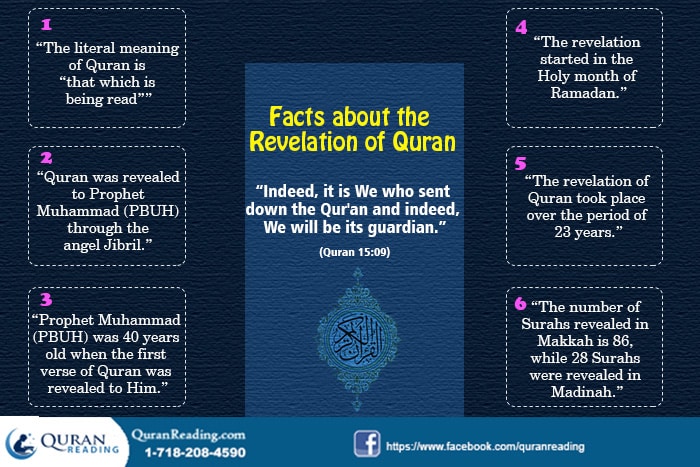 Before starting the discussion on to the revelation and preservation of Quran it is important that we all should understand the merits or dignity of Quran and what Allah Almighty has said about its preservation and divine nature in Quran. In Quran, Allah Almighty says: “And we have sent down to thee the Book explaining all things, a guide, a mercy and glad tidings to Muslims.” (Quran, 16:89)

Quran is the book of guidance, mercy and glad tidings. Other than that we as a Muslim should believe Quran is the Book free of doubts. The authenticity of Quran in terms of its preservation is concerned, Allah Almighty says in Quran: “We have without doubt, sent down the message; and We will assuredly guard it (from corruption).” (Quran, 15:9). So, we can say that the Quran in its present form is the same as it was revealed and there can be no doubt regarding its being Divine in nature and a source of guidance without any doubt or reservation.

Holy Quran was revealed to last Prophet Muhammad (SAW) in the form of wahi. In Islamic terminology, wahi can be literally defined as “Allah’s divine message conveyed to Allah’s chosen persons (Prophets).” Descriptions of wahi are also given in the Holy Quran:

“This is part of the tidings of the unseen which we reveal unto thee (oh Prophet) by inspiration”. (Quran, 3:44)

Quran revealed in form of Wahi which was made open to Prophet Muhammad (SAW) by Allah Almighty in different forms, either during sleep, while awake, with imprint on His heart, or Gabriel brought the verses in his original or humanly forms from time to time.

The process of revelation of Quran started in the month of Ramadan as Allah (SWT) mentioned in Quran: “Ramadan is the (month) in which we sent down the Quran.” (Quran, 2:185)

The Quran was not revealed in one instance but through a gradual process with small numbers of Ayahs revealed at any one time. Allah Almighty also explains the reason behind the in-parts revelation of Quran over a period of 23 years. Allah says in Quran:

“(It is) a Quran which we have divided (into parts from time to time), in order that thou mightiest recite it to men. At intervals we have revealed it by stages.”  (Quran, 17:106)

Hence there was a step by step process of revelation where the verses were revealed at specific instances to Prophet Muhammad (SAW) making it easy to circulate and propagate the information to the followers of Islam. So the divine message of Allah (SWT) was revealed slowly to allow the new Muslim Arabs to change and accept the new faith Islam and live their lives according to teachings of Islam.

Revelation in stages also created a constant link between Allah Almighty and His beloved Prophet (SAW) giving moral support in times of need and distress:

Thus we can conclude from this we have a solution of every problem which we are facing in our lives in the Holy Book Quran.

In spite of Allah Almighty Himself took the responsibility of preserving Quran, however, He had the work done by humans where different rulers in different times made efforts to make sure that Quran was preserved and it was in a form that was universal with no deviation whatsoever in terms of its textual content which we have nowadays from which we recite.