Our religion is composed of three parts in which we have Islam, Iman, and Ihsan. We will discuss three of them in this article.

As we discussed above that there are three levels of faith that a person can attain being a Muslim. The first level is Islam. A Muslim must be declared that there is no God but Allah and Muhammad (SAW) is the messenger of Allah (SWT). By declaring this a person accepts the message of Allah Almighty that is revealed to humanity through the last prophet Muhammad (SAW). After accepting Islam it is obligatory on Muslim to observe all other Islamic obligations like five daily prayers, Zakat, Fasting in Ramadan, make a pilgrimage (Hajj) of the house of Allah if he/she is capable of doing this physically and also financially. These are some obligatory things that a Muslim must follow after the proclamation of Islam. The rules of Islam come more easily to those who have prepared their hearts with Iman.

So, a person reaching Iman believes that not only Allah exists but He is capable of doing anything He wants to do. A Mumen believes in everything Allah Almighty told in the Holy Quran. The belief in the Last Day which is the Judgment Day is an acknowledgment of accountability and estimation. It is an incentive for people to do good in this life in order to be rewarded in Paradise and a warning against doing badly in order to avoid punishment in the Hellfire. 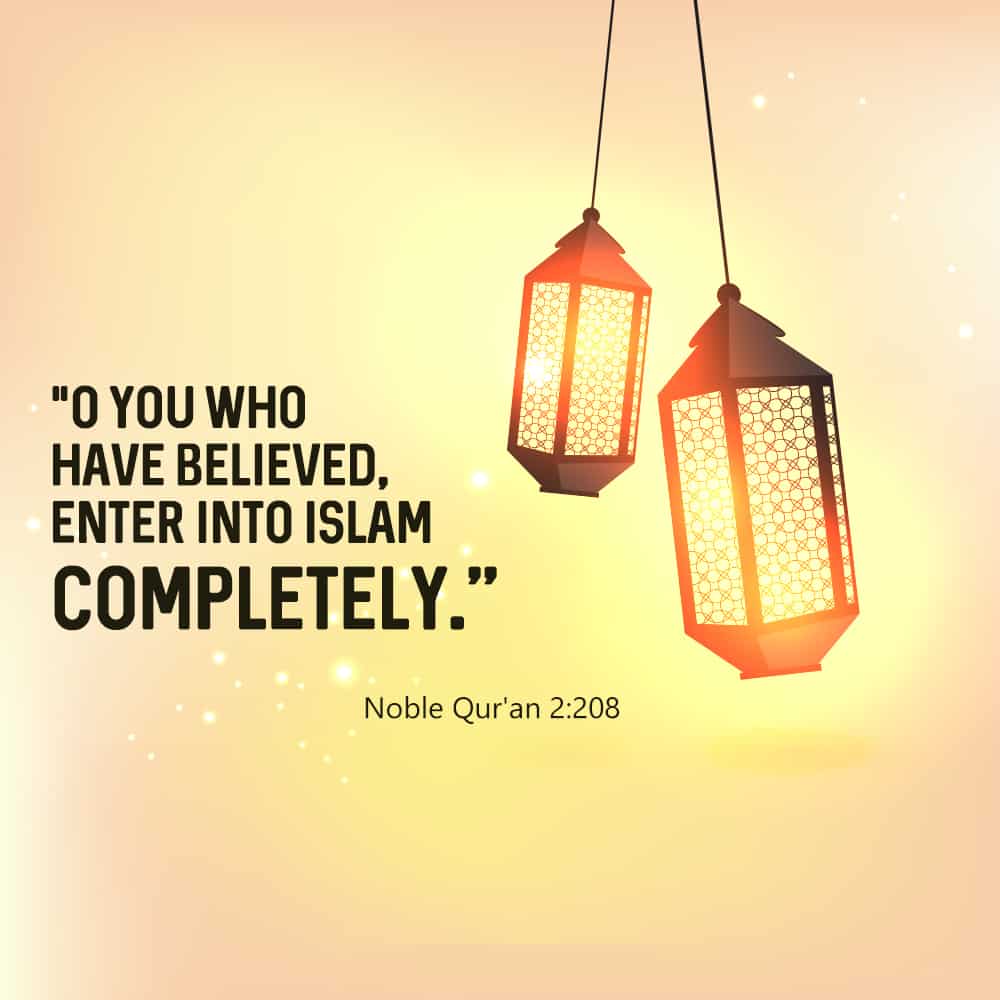 Ihsan is the highest status of religion Islam. Its definition that our beloved Prophet Muhammad (SAW) described is: “To worship Allah as if you see Him, and if you do not see Him, He sees you.”  The concept of Ihsan in Islam is also that a Muslim is a responsible person where he does things in a good manner. We can say that Ihsan means a Muhsen is sure that Allah is seeing him/her in everything he/she says or does in his life. So, a Muhsen does his best to say and do only what pleases Allah Almighty and conforms to His commands.

In Holy Quran, Allah Almighty says: “Indeed, Allah commands justice, good conduct (Ihsan), and giving to relatives (and He) forbids immorality, bad conduct, and oppression. He admonishes you that perhaps you will be reminded” (Quran, 16: 90).

In short, by living according to the concept of Ihsan and by applying it to all that a Muslim does, he/she will be rewarded and drench with mercy and forgiveness from Allah Almighty.