Sunnah and Nafil (optional) prayers are acts of worship that are not obligatory but which performed either regularly or occasionally by our beloved Prophet Muhammad (SAW). There are different categories of Sunnah optional prayers that the Holy Prophet (PBUH) observed regularly and strongly encouraged His followers to do likewise.

Nafil (optional) prayers may be offered at all times except at the prohibited times for salah. It is permissible to offer even one Rakat of this Salah in the usual manner, reciting Tashahhud at the end and pronouncing Salaam. When a worshipper desires to offer more than one Rakat, it is Sunnah to recite Tashahhud and to pronounce Salaam at the end of every two Rakats. 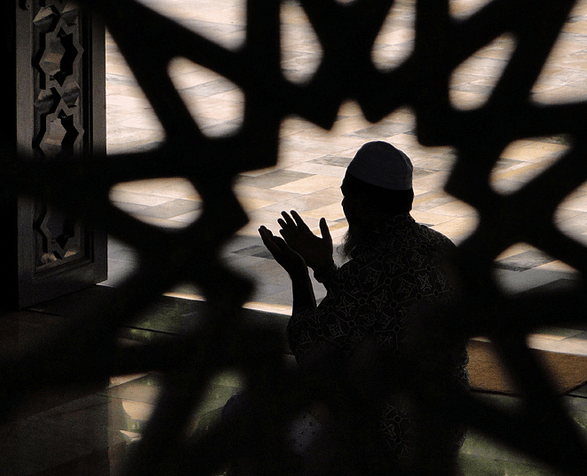 The Prophet Muhammad (SAW) said about the importance of Sunnah and Nafil prayers in these words: “The first thing that the people will be called to account for on the Day of Resurrection will be the prayers.  Our Lord will say to the angels although He knows better: ‘Look into the prayer (formal obligatory prayer) of my servant to see if he observed it perfectly or has been negligent in it.’ So if he observed it perfectly it will be recorded to his credit, but if he had been negligent in it in any way, Allah would say: ‘See if My servant has any extra prayers.’ Then if he has any extra prayers, Allah would say: ‘Make up the deficiency in My servant’s obligatory prayer with his supererogatory prayers.’ Thereafter all his actions will be examined in like manner.” (Abu Dawud)

Below mentioned are some Sunnah prayers that we should perform with obligatory prayers and can earn more blessings from Allah Almighty.

Tahajjud prayer is the late night optional prayer which is offered during the latter part of the night before dawn or Fajr prayer. Allah Almighty says about this Nafil prayer in the Holy Quran: “And pray in the small watches of the morning: (it would be) an additional prayer (or spiritual profit) for thee” (Quran, 17:79).  Islamic scholars stated that performing the Tahajjud prayer is among the best of virtuous acts. Two Rakats are considered the minimal night vigil prayer, although some consider the optimal number to be eight.

The literal meaning of Istikhara is “the asking of Khair, i.e., good or blessing” means the asking of Divine blessing in the doing of a thing which a man intends to do. It is Sunnah first to offer Salat-ul-Istikhara:  Before any business undertaking, setting out on a long journey, before getting married and many other things. It is Sunnah to offer two Rakats Istikhara prayer as an individual prayer in order to seek Allah’s blessings. The best time for Istikhara is after the Isha prayer. Holy Prophet Muhammad (SAW) said: “If one of you faces problems then Ruku’ (prayer) two Rakat which is not obligatory prayer.” (Bukhari)

Salat-ul-Tasbeeh is the Prayer of Divine Glorification and offering Salat-ul-Tasbeeh daily is excellent. If it is not possible to offer this Sunnah Prayer daily, it may be offered once in seven days or once a month, or once a year, or at least once in a person’s lifetime. This Sunnah Prayer of four Rakats is best offered with two salaams but may be offered even with one salaam.

Salat-ul-Tawbah is the Prayer of Repentance. When anyone commits an unlawful act, he/she should turn unto Allah repentant and offer two Rakats of Nafil salah. He/she should pray for the forgiveness of the Highest not to commit such sinful act again. Almighty Allah says in the Noble Quran: “And those when they did immorality or wronged themselves – they remember Allah then ask forgiveness for their sins – and who (can) forgive the sins except Allah? And not they persist on what they did while they know.” (Quran, 3:135)

Duha Prayer is the Sunnah prayer which is done when the Sun begins to rise to the time of Zuhr. The number of Rakat is at least 2 Rakat and maximum 12 Rakat and done in units of 2 Rakat with once salaam. Holy Prophet Muhammad (SAW) said in hadith: “Whoever prays Duha four Rakat before then he will be built a house in the heaven.” (Sahih Jami)

The above mentioned were some Sunnah and Nafil (optional) prayers. May Almighty Allah give us the strength to offer these optional prayers with obligatory prayers! Ameen